We did not have a good start to this day, woke up later than we planned and ended up reaching Versailles at almost noon. It was a 20-kilometer trip via the suburban RER (RER C, around €6,20 round trip).

The size of the chateau grounds is indeed daunting, and we did not dare and attempt to see most of everything. Apart from the massive chateau, the gardens are more than 100 hectares. There are also canals, the Grand Trianon, Marie-Antoinette’s estate, several statues, Orangerie, colonnades, the French Pavillion.

Walking to the palace entrance, to the royal Gate. 260 feet long adorned with 100,000 gold leaves. 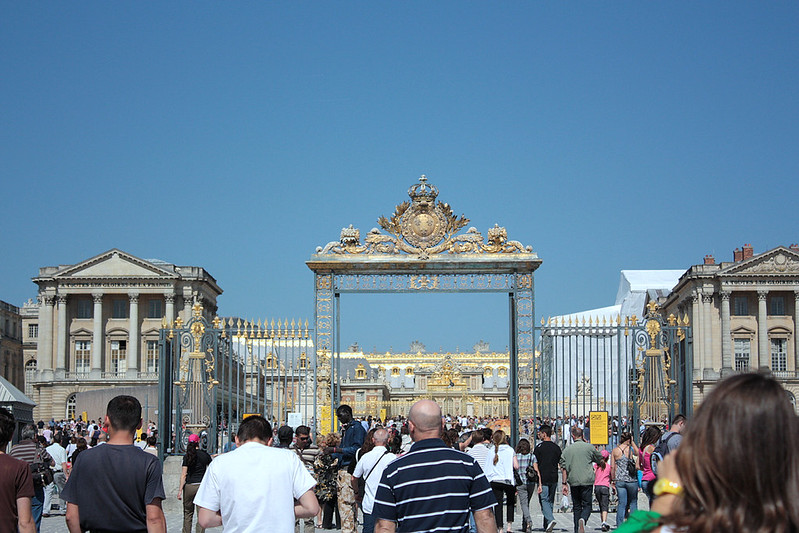 If you plan to visit, either come very early or late, round closing time. If you don’t then you most probably have to endure this. Truth be told, the waiting time is not ridiculously long, the line is relatively fast moving, but seeing this queue… it probably is the longest queue I ever had to be on. 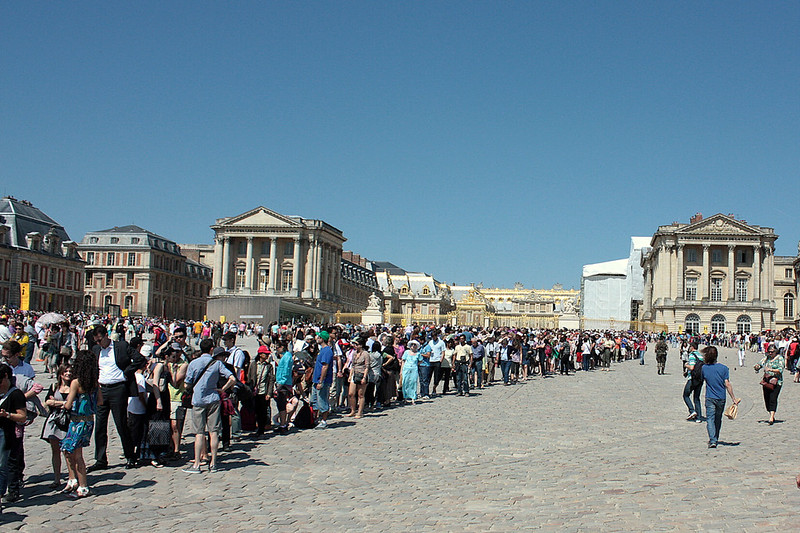 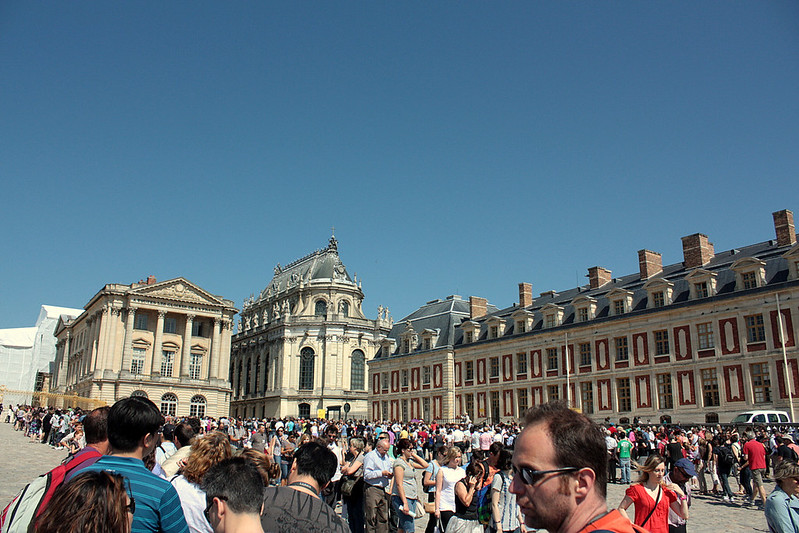 Some other snaps while waiting 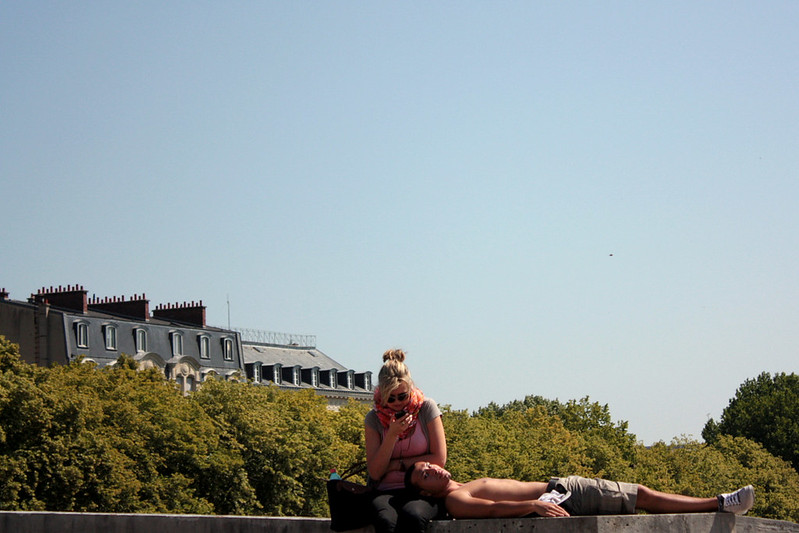 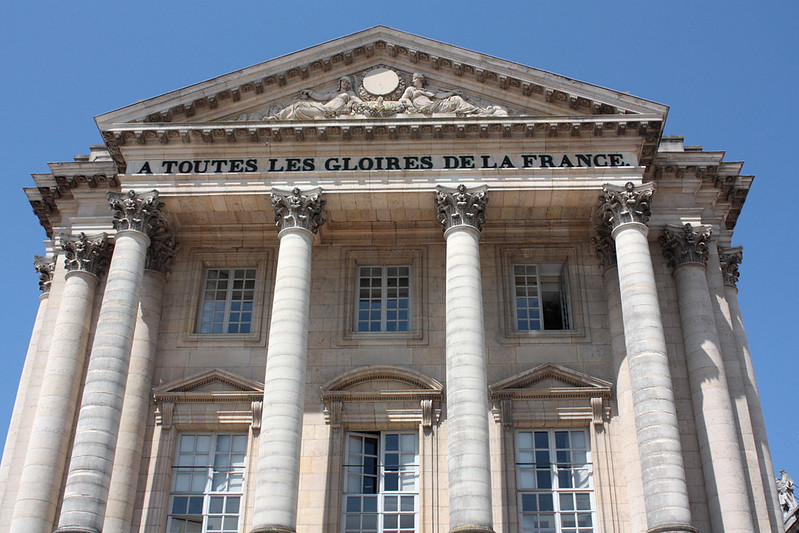 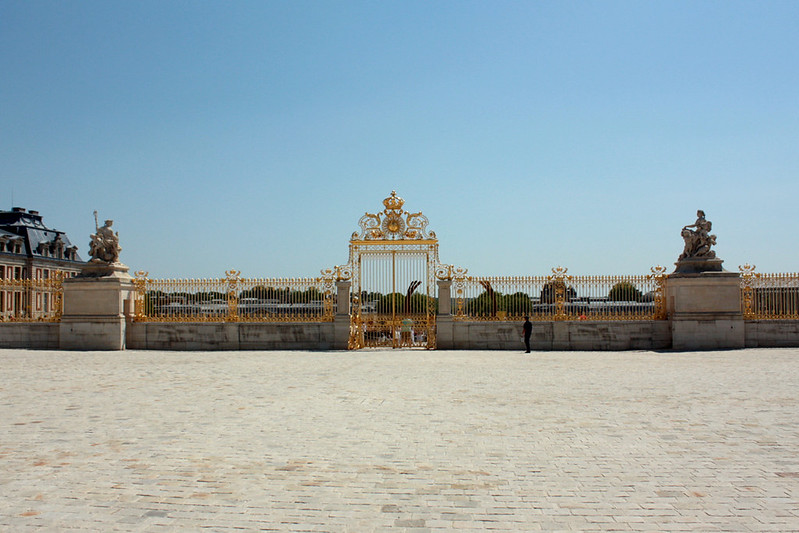 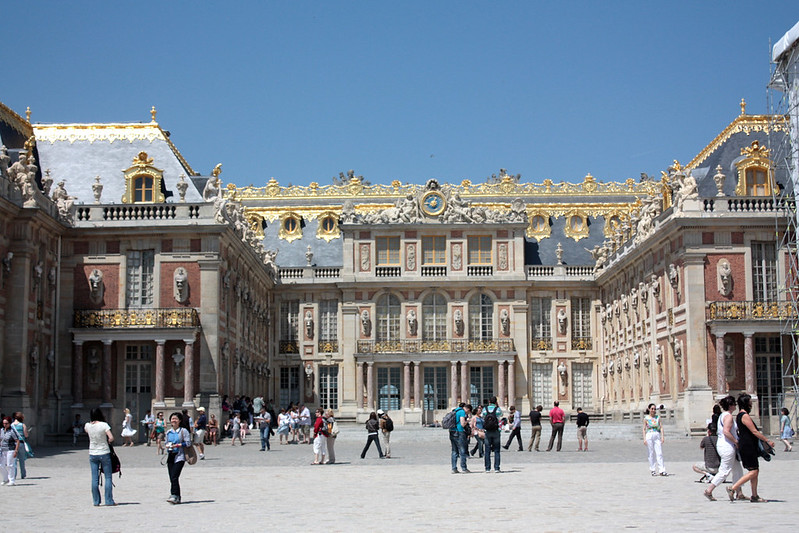 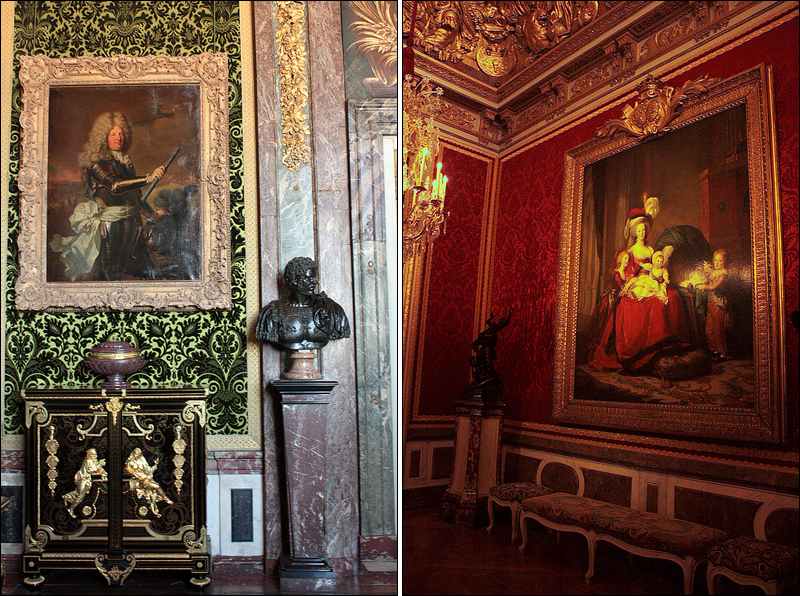 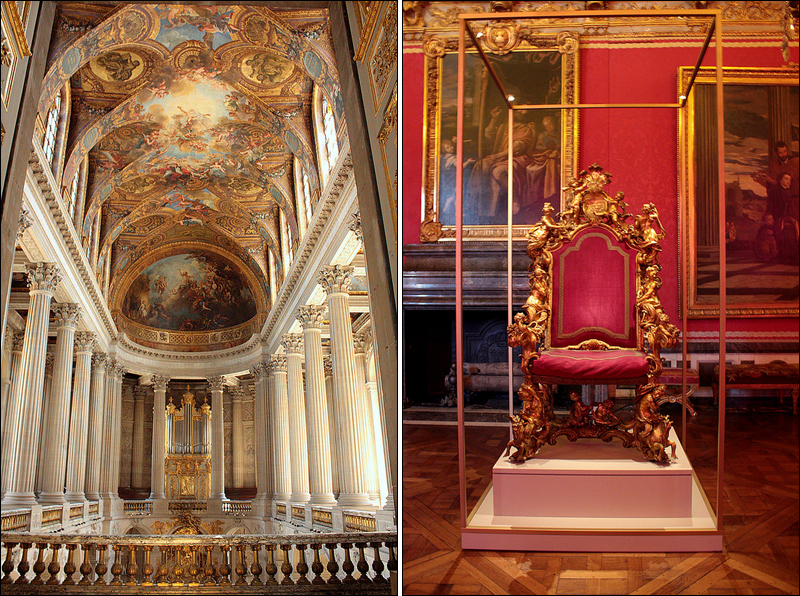 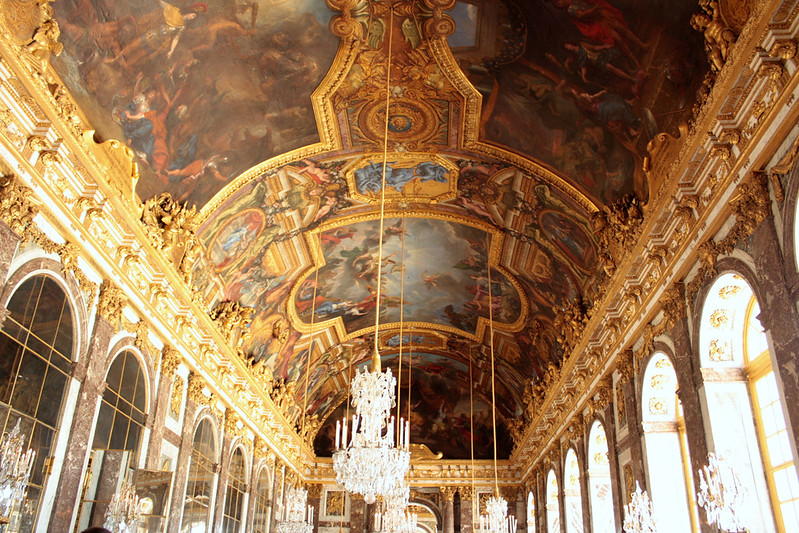 Versailles probably set the standard of court life in those days. The extravagance is ridiculous, and even visible to the public eye. In the days of the Ancien Régime, peasants were free to enter the premises and gawk at the nobles. Even dining became such a spectacle, as commoners are allowed to watch the royals eat, several cloches of fine French food lay at their table while the peasants had barely anything to eat.

The King’s and Queen’s Chambers 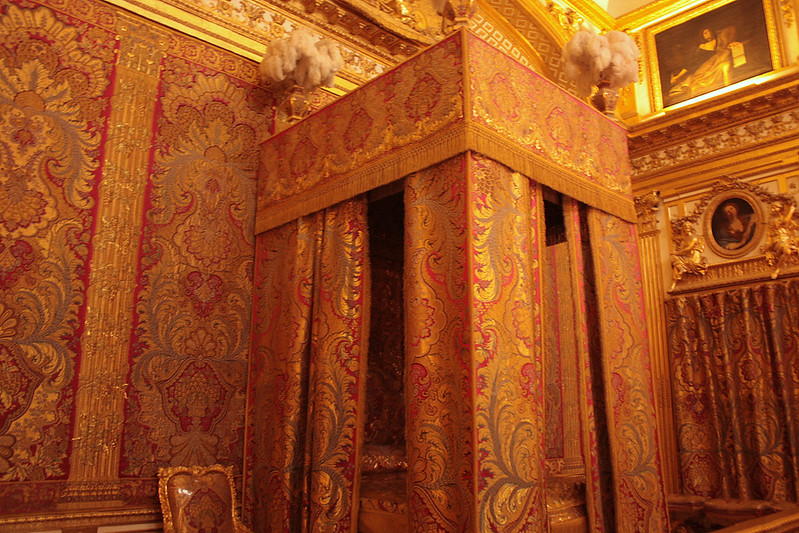 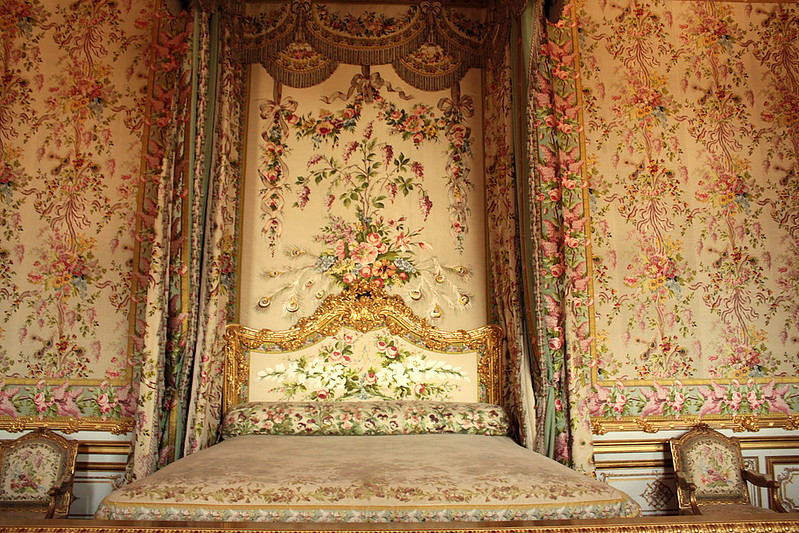 Versailles is a huge complex, and we only visited the main palace. Here is one area from the lovely gardens. 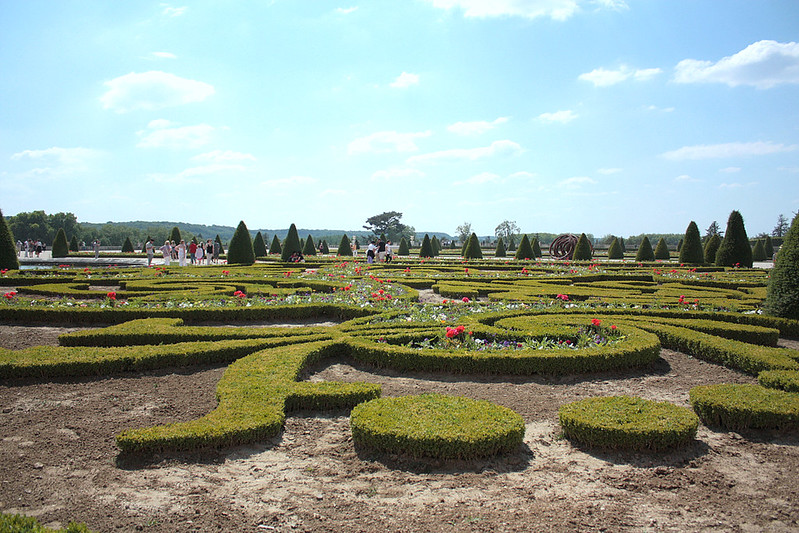