Admittedly, I do not know much about art. As a child I remember poring over a children’s art history book, and I distinctly remember reading about some artists and their works; Van Gogh’s Starry Night, the ballerina sculpture by Degas, the picnic scene by Mary Cassatt. Many years later, I find myself in Musee D’Orsay, where a lot of the works from my children’s book were housed. 🙂 This museum, I daresay, has such a very high concentration of popular and important works of art in a relatively small space. I say “relatively small,” because compared to the massive Louvre, it is small at 170+ meters, and you can see all exhibits in about 2-3 hours. Most displays in the Musee D’Orsay holds mostly French art from 1848 – 1914. Built in 1900, the building used to be a train station– the Gare D’Orsay. 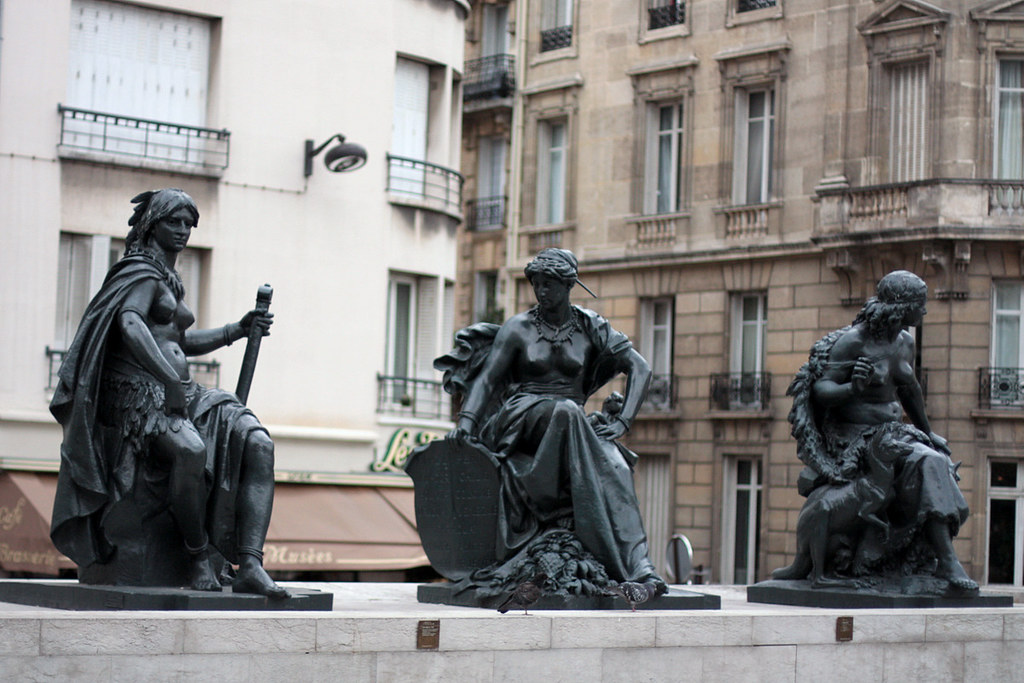 The “normal” queue to the museum. We were in a faster-moving one as we had very convenient Paris Museum Passes. 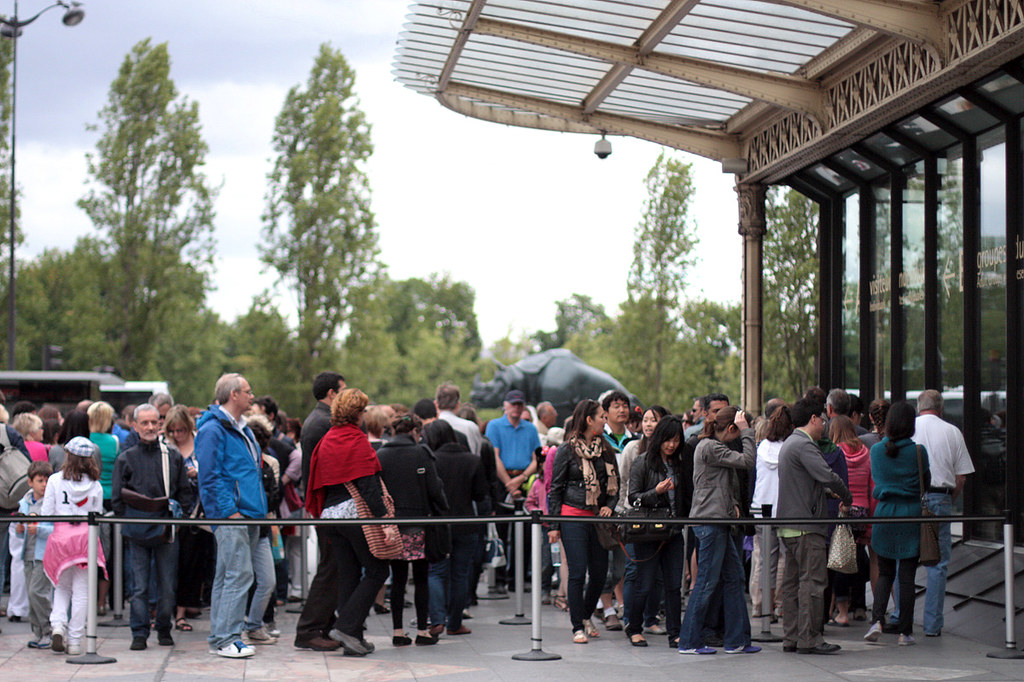 Photos weren’t allowed inside, and I didn’t dare break the rule, because of some irrational fear of sounding off an alarm or something like that. I’ve been to museums (in Vienna) where alarms would go off when you come too close to the display. In the future, I should bring a small, unobtrusive point and shoot for times like these.
Museum interiors: photo from Wikipedia. Unfortunately, a part of the museum was under renovation during our visit, the clock (horloge) included. I was so set on sneaking some shots from the clock, only to find out it was all boarded up.

Really enjoyed looking through almost everything at Musee D’Orsay, even if we were very cold (didn’t dress appropriately for the day’s weather) and hungry. We head to Rue Cler to have late lunch at Café du Marche.

3 Comments → Musée d’Orsay, one of the best museum collections in the world