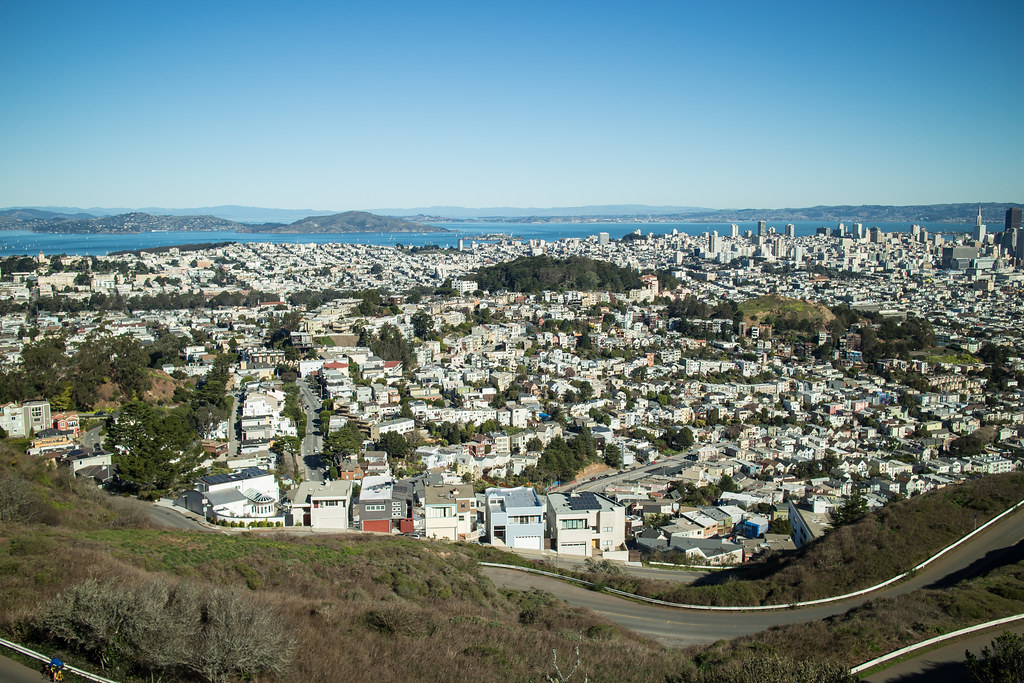 Earlier this year, I had the chance to go on a short work trip to the California East Bay Area. North America has not really been in my list of places to visit, mostly because getting there can be expensive; and for the same price, I would really rather go to Europe or Africa. Still, I am very happy and grateful that my job allowed me to step on a new continent. Being granted a visa and entry to the United States proved to be a great advantage, travel-wise. I was set to visit Taiwan and having a valid US visa exempted me from the Taiwanese visa process. I would apply for South Korean and Japanese visas a few months later and I believe this recent trip helped me gain multiple entry visas in both countries well.

I have only been to one small part of the state in a short span of time, but I would say it has been the (North) America that I imagined – people are cheery and friendly and everything is clean and comfortable and orderly and supersized. It is indeed the Land of Plenty.

I was staying at a fairly new Serviced Apartment on my first few days. Pretty nice and comfortable, a short walking distance from a shopping complex. (Michael’s, Bed Bath & Beyond and my favorite cheapo store, Ross Dress For Less!) 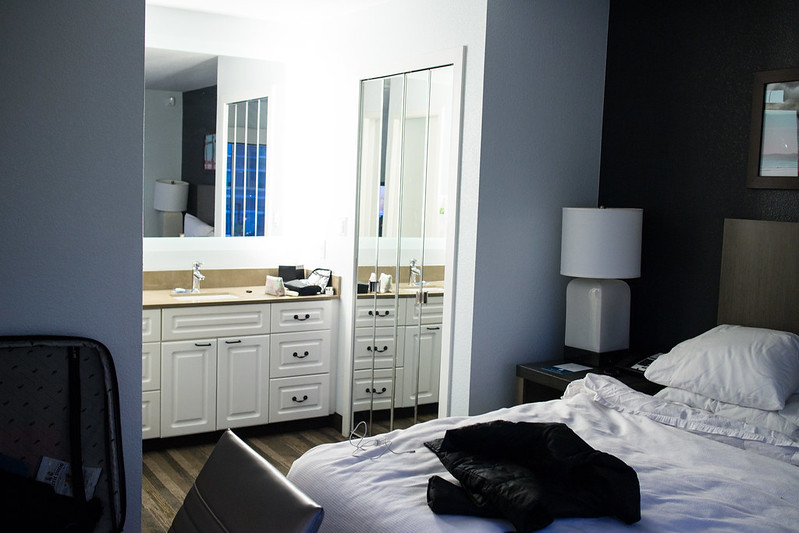 I switched accommodations during the middle of my trip and the BART train station is just across the street. It’s a shame that I am only less than an hour away from Oakland or Berkeley but I didn’t make time to explore those other cities. 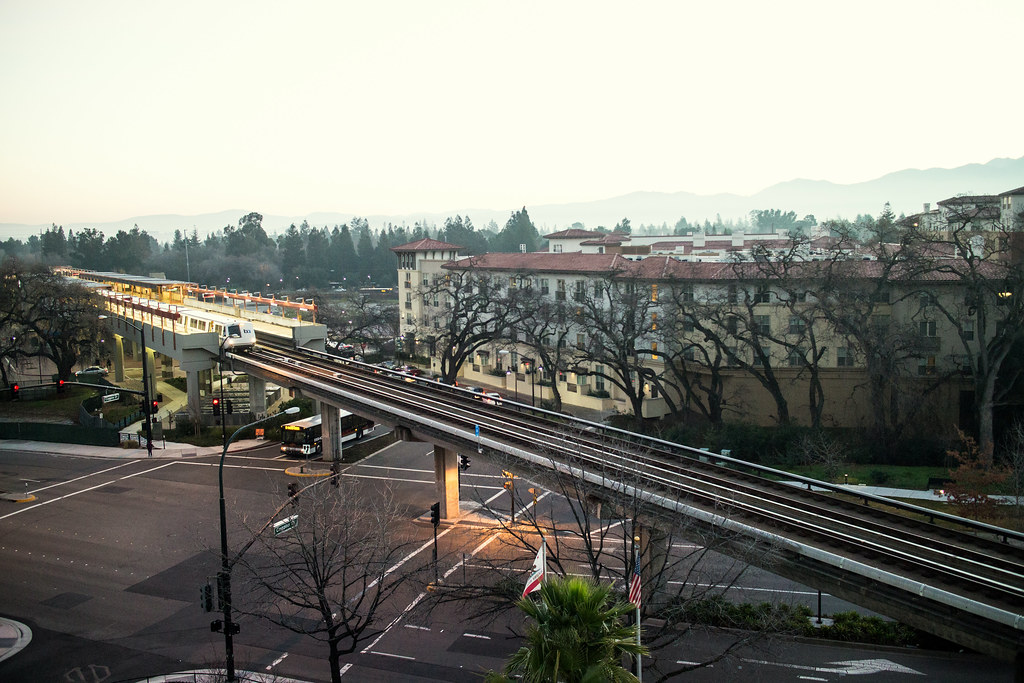 A family friend took me on a scenic drive from San Francisco through San Jose, Santa Clara, and Silicon Valley. I have no photos but downtown Saratoga looks so charming! 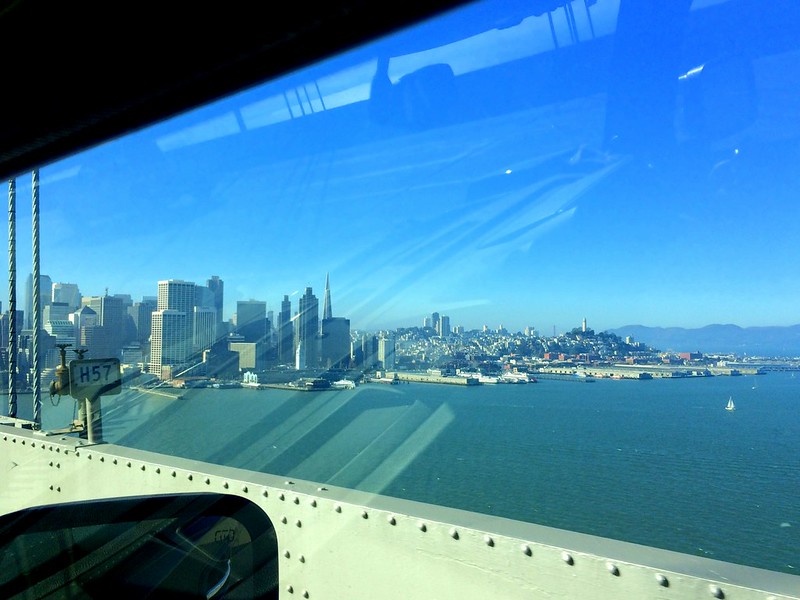 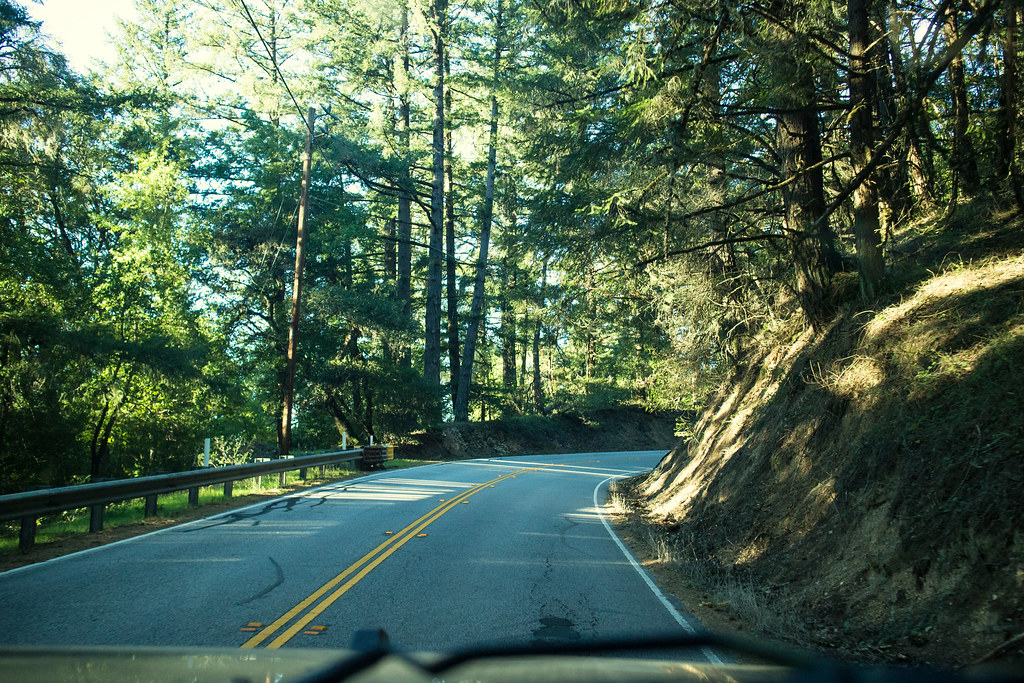 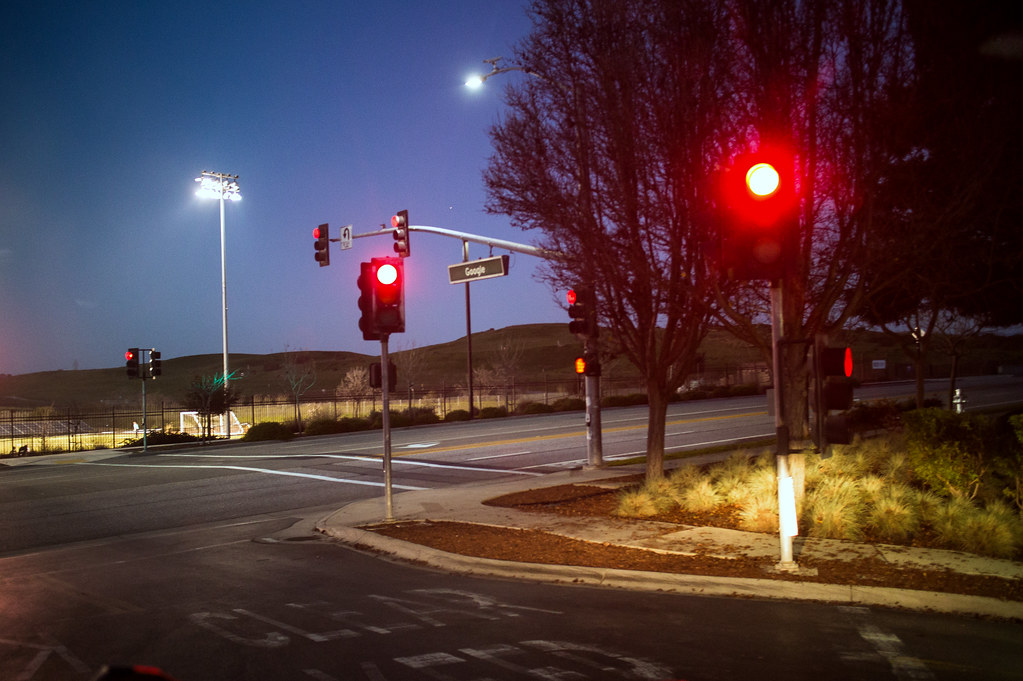 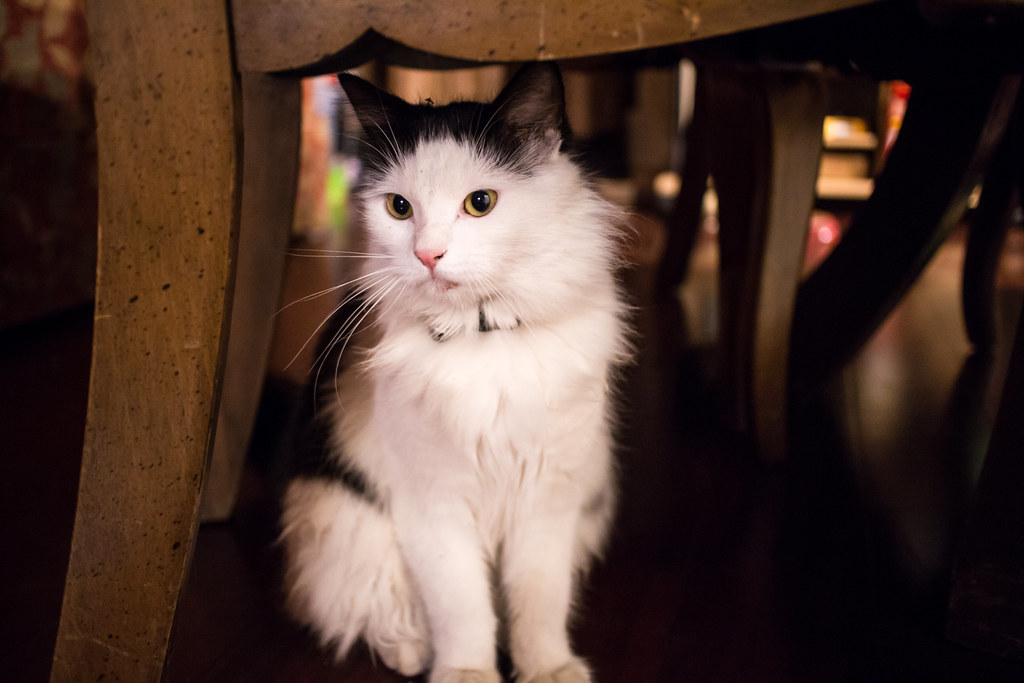 Friday night out in the city! Photo of the San Francisco Bay Bridge. 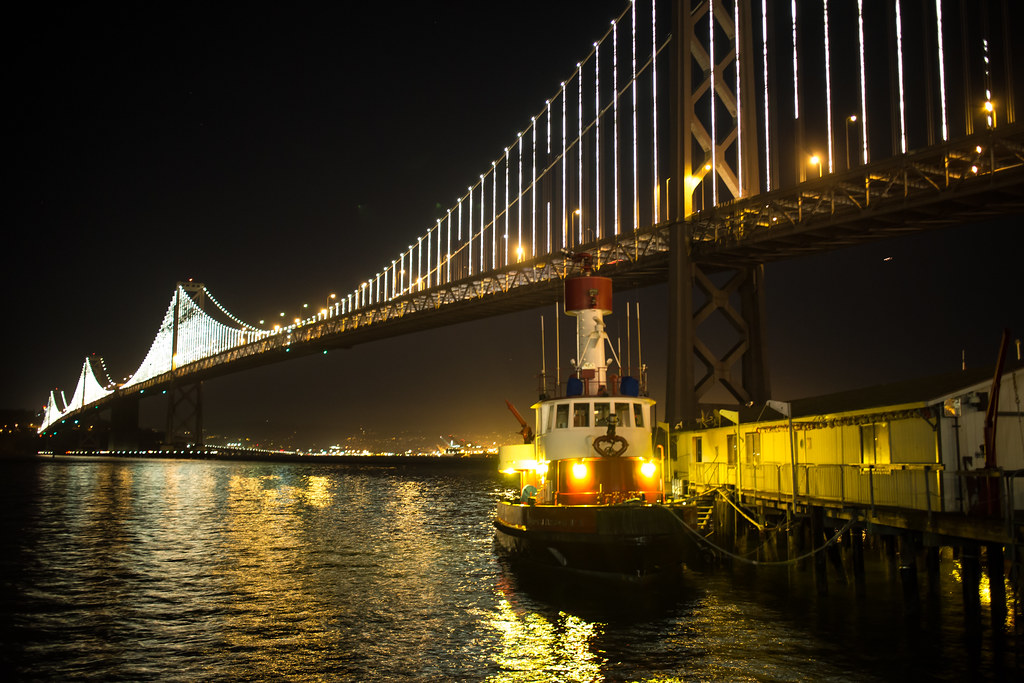 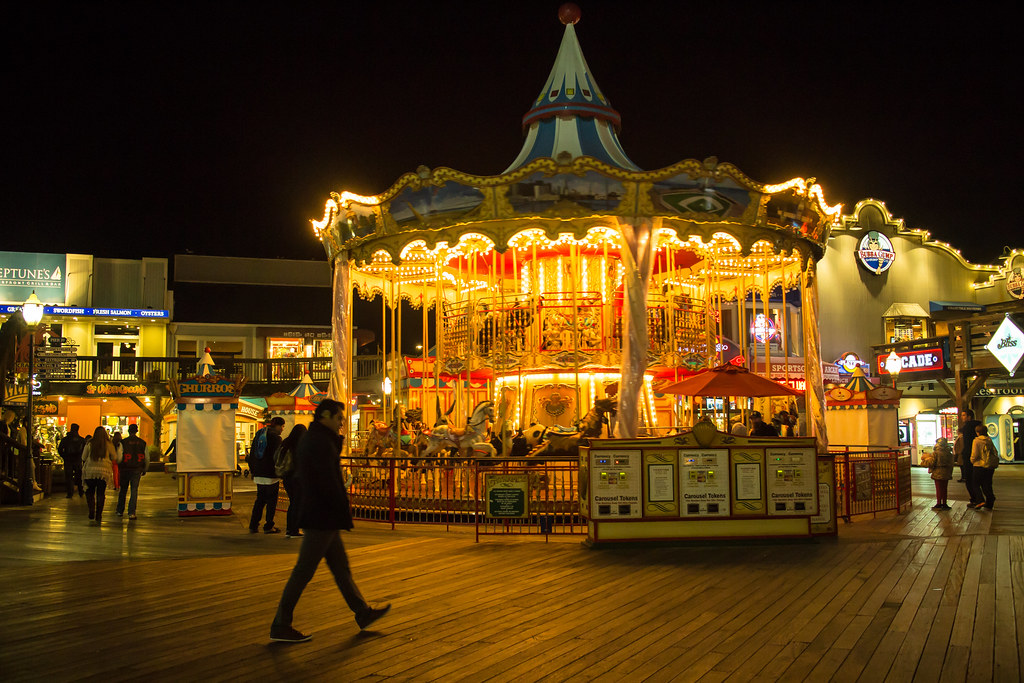 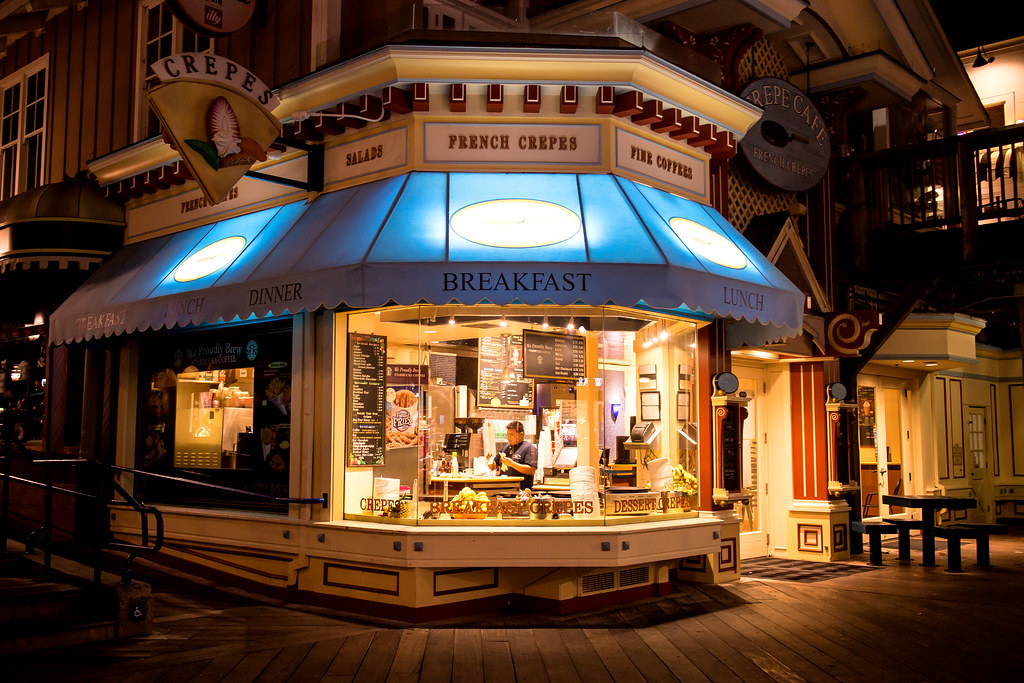 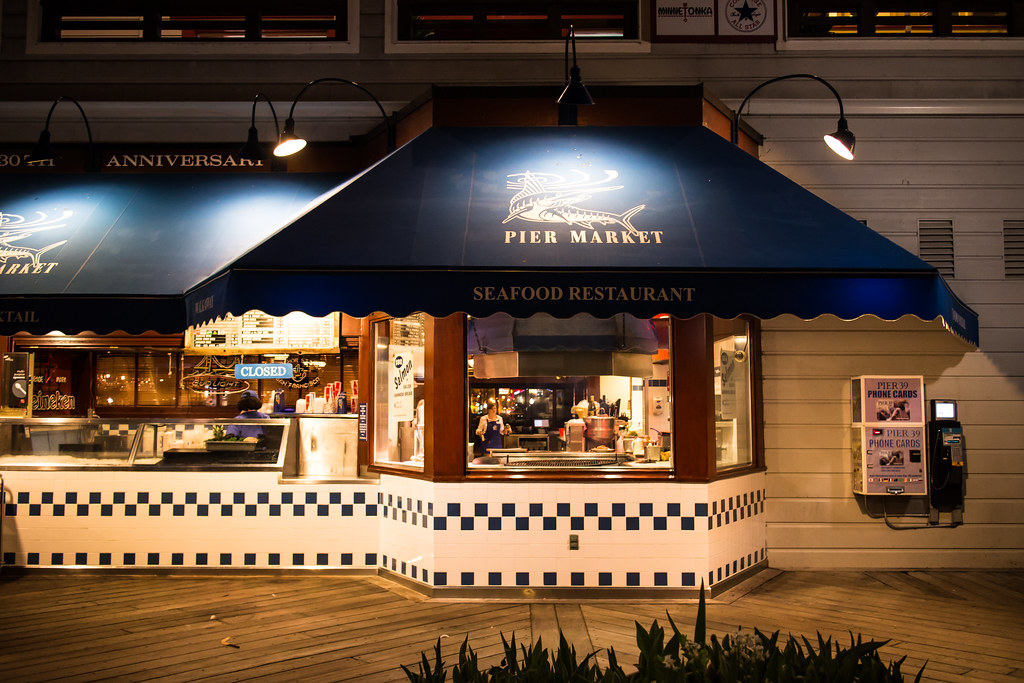 The lookout point at Twin Peaks, the highest point in the city. One of my favorite places in SFO so far.

We booked with Dylan’s Tours on my last full day. It was a good way to see the highlights of the city in a short amount of time! I wish there were more stops though.</>

Balmy Alley at the Mission District is a block of murals mostly with Hispanic / Central American political themes. The murals are always evolving and change every so often. 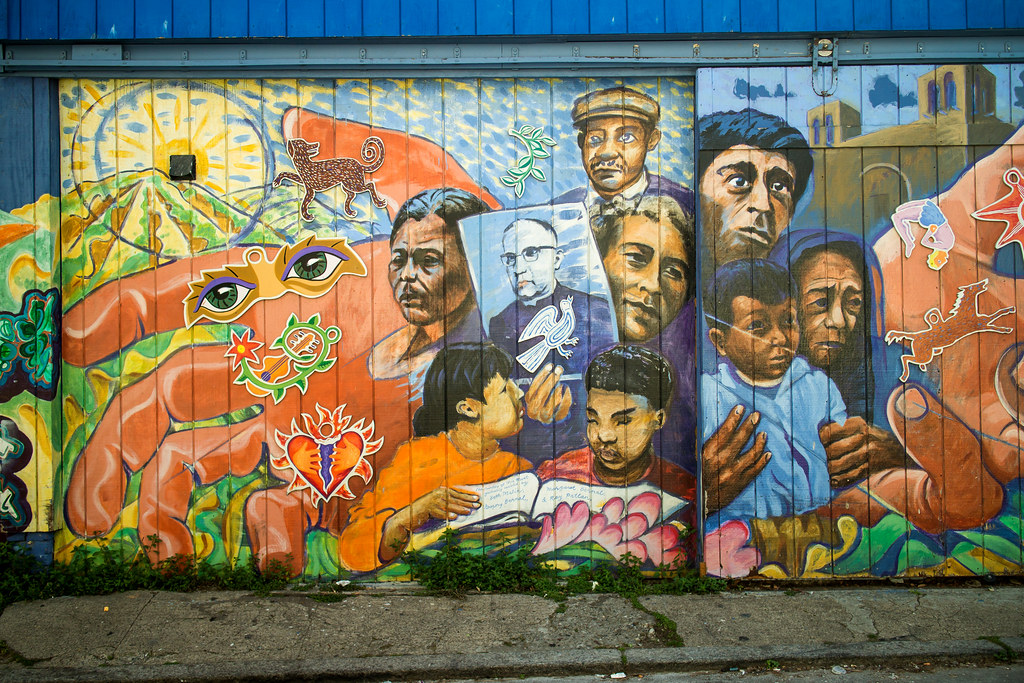 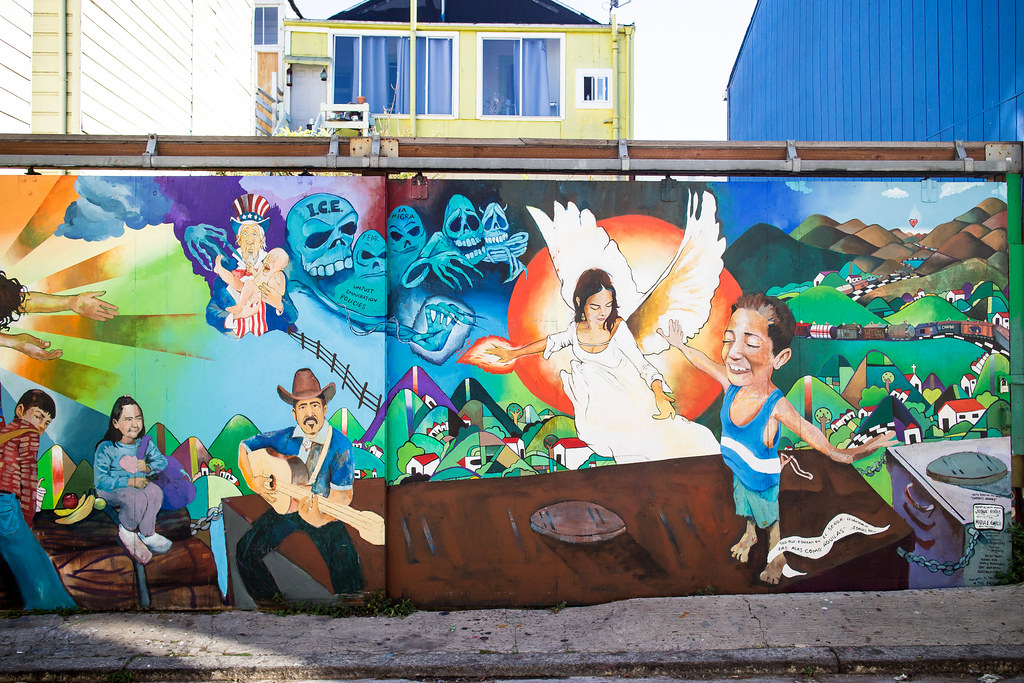 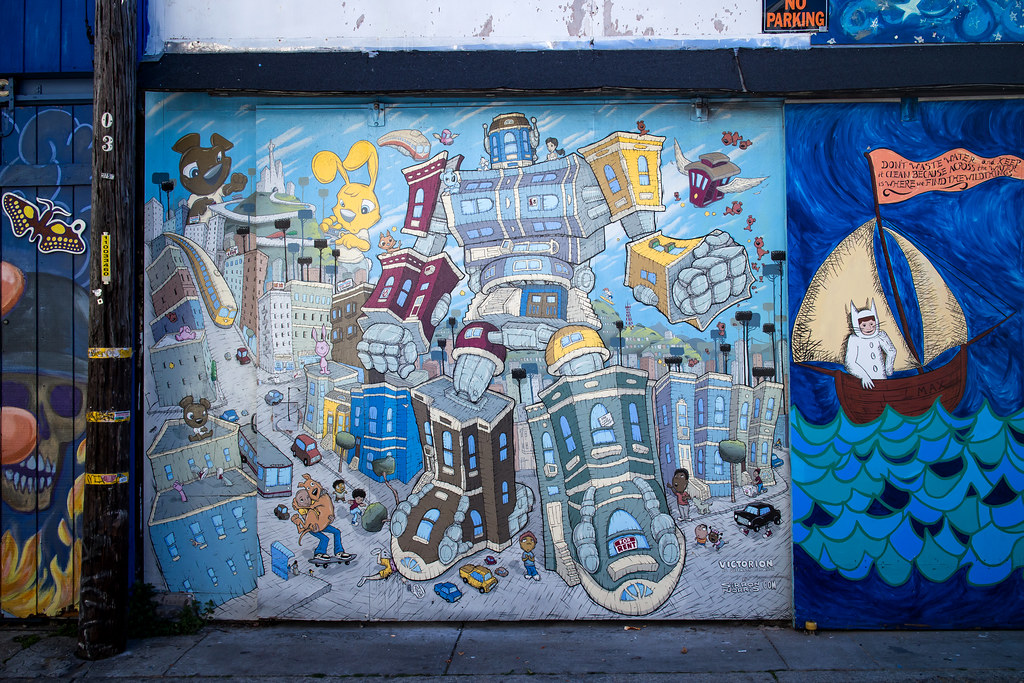 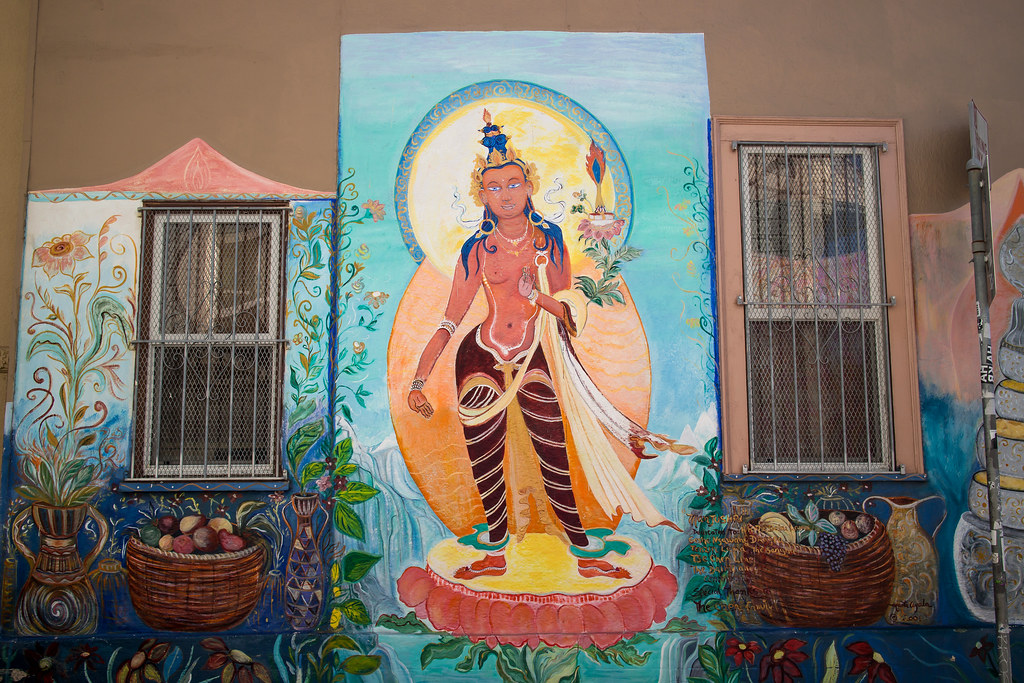 Back at Twin Peaks, we were just there the night prior. From here we learned from our guide Andreas that most of San Francisco was built on sand dunes. That also explains why the city is very and steep and hilly. 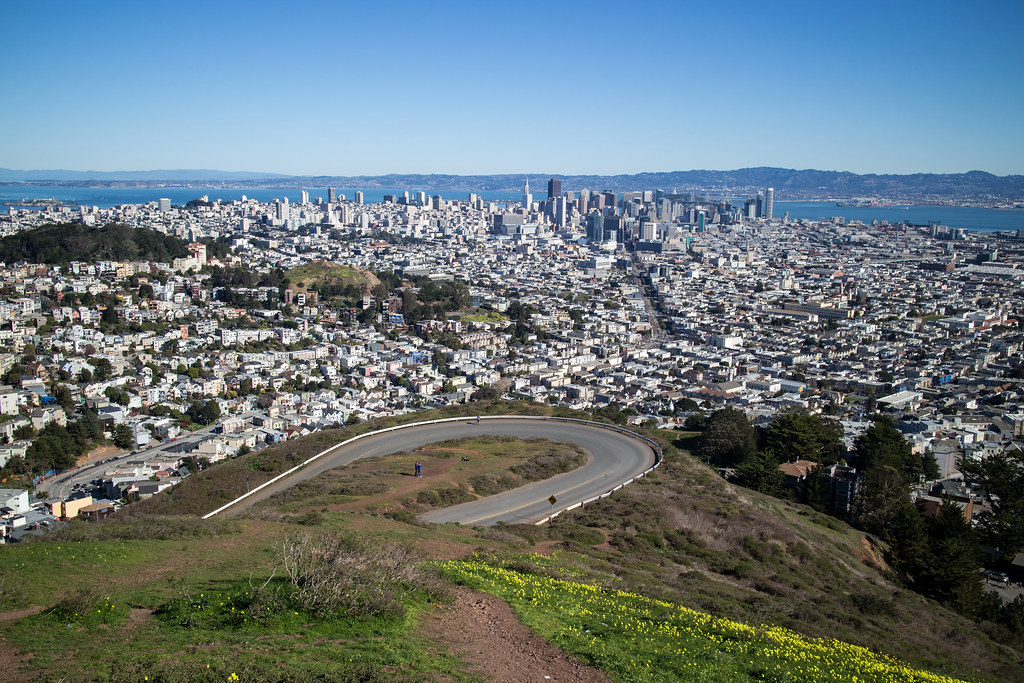 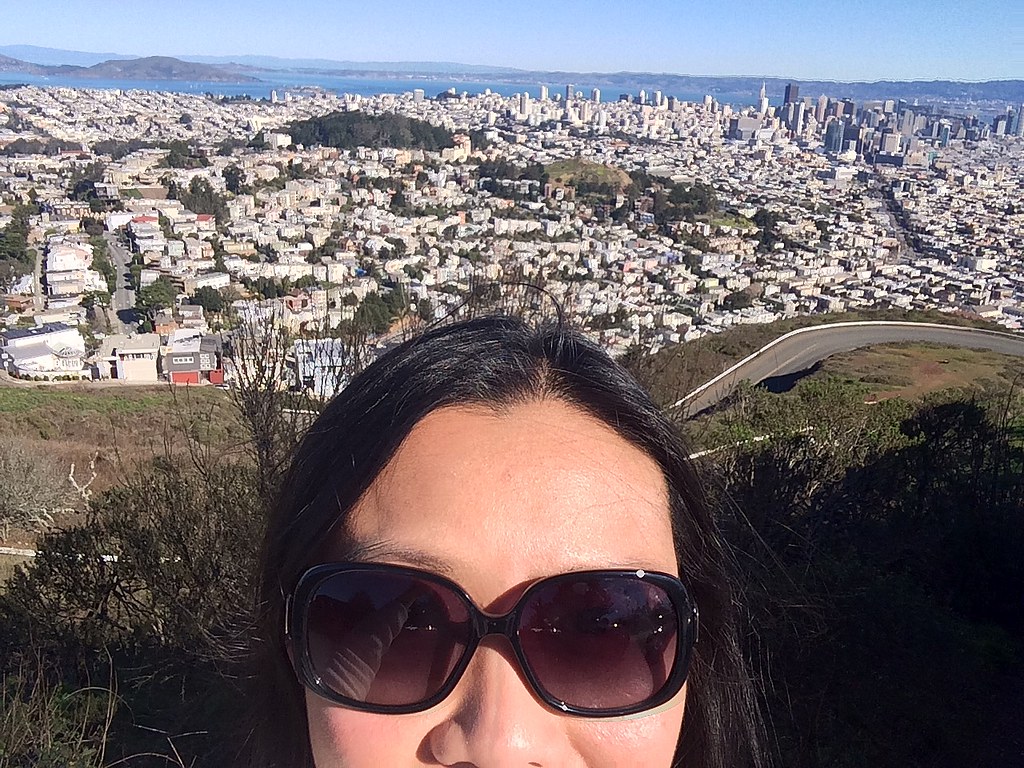 We stopped at Haight St. Market for lunch. The neighborhood is known to be the origin of the 60’s hippie culture. I distinctly remember the place from a Third Eye Blind song. 🙂

We sat with our fellow tour participant as we ate our deli sandwiches, a nice lady from San Diego. After sending off her youngest daughter to college, she sold her possessions to travel the world. “For the first time in a long time, I don’t have to worry about anyone but myself.” It was kind of sad, and inspiring at the same time. Heavy-set at middle age, she waddles slowly with a semi-limp. I think of her from time to time, I hope she is enjoying her long overdue adventure even with limited mobility. 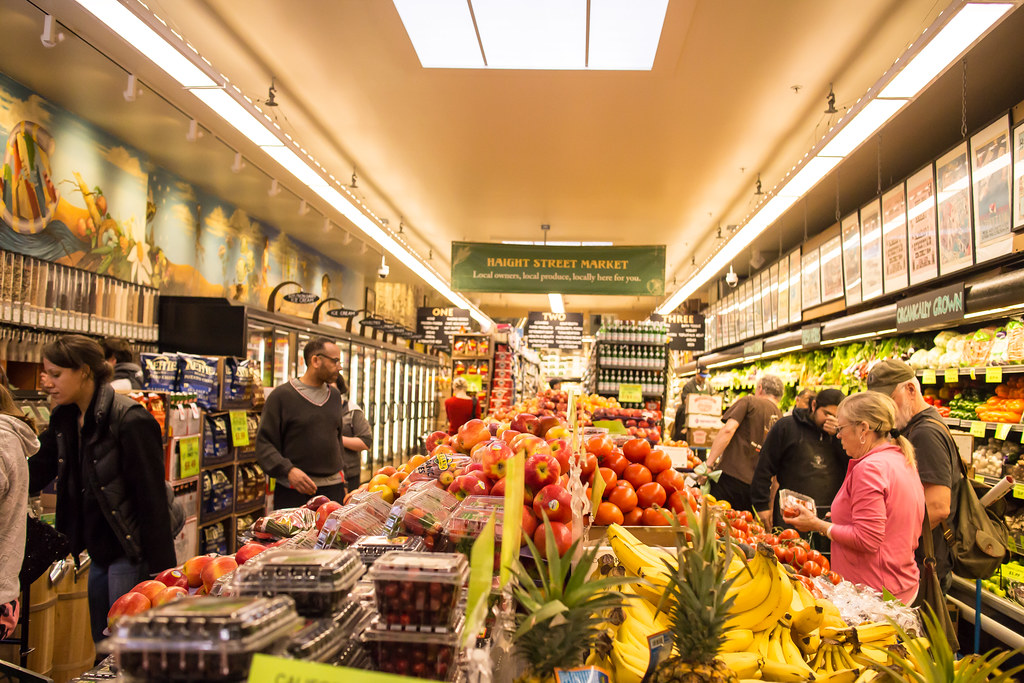 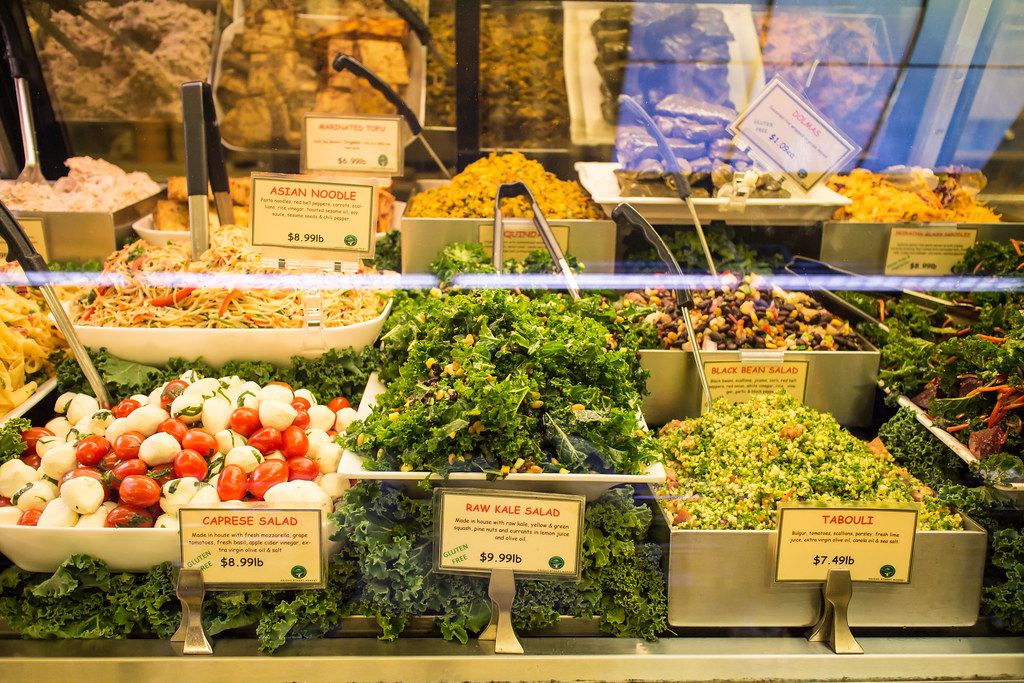 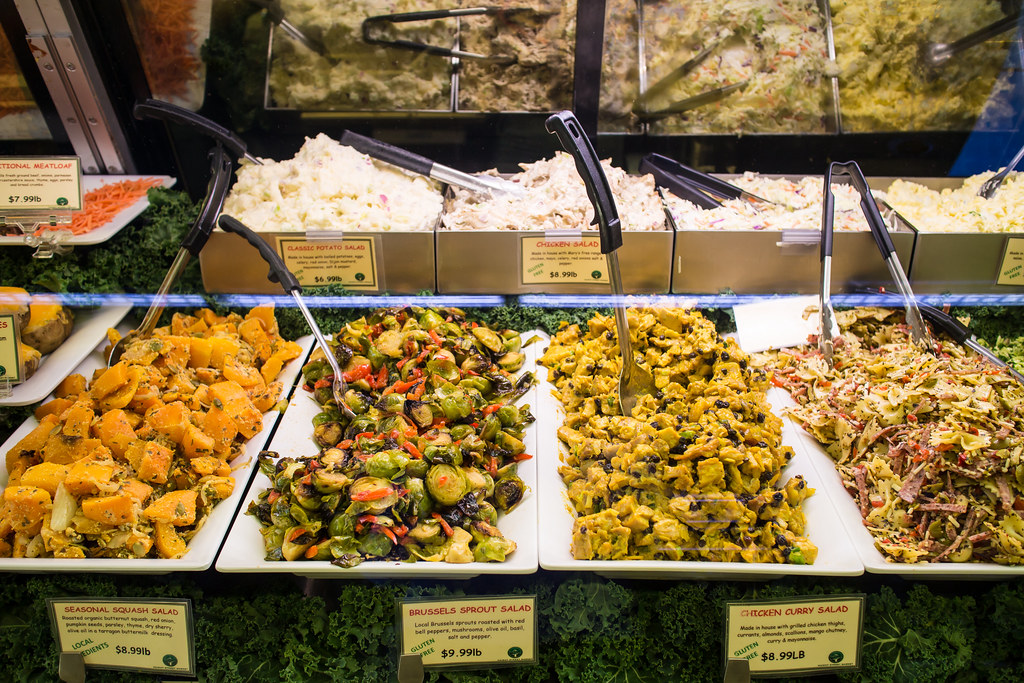 We walked by Jimi Hendrix’s Red House and drove by the iconic San Francisco Painted Ladies. No photos, unfortunately. But I love seeing all the Victorian, old-timey houses. San Francisco is also known to have the most expensive real estate in the United States.

We drove through the Pacific Heights mansions and stopped for a few moments admire the view. Larry Ellison (Of Oracle Corp.), Speaker Nancy Pelosi, and Robin Williams are a few of the residents in the area. 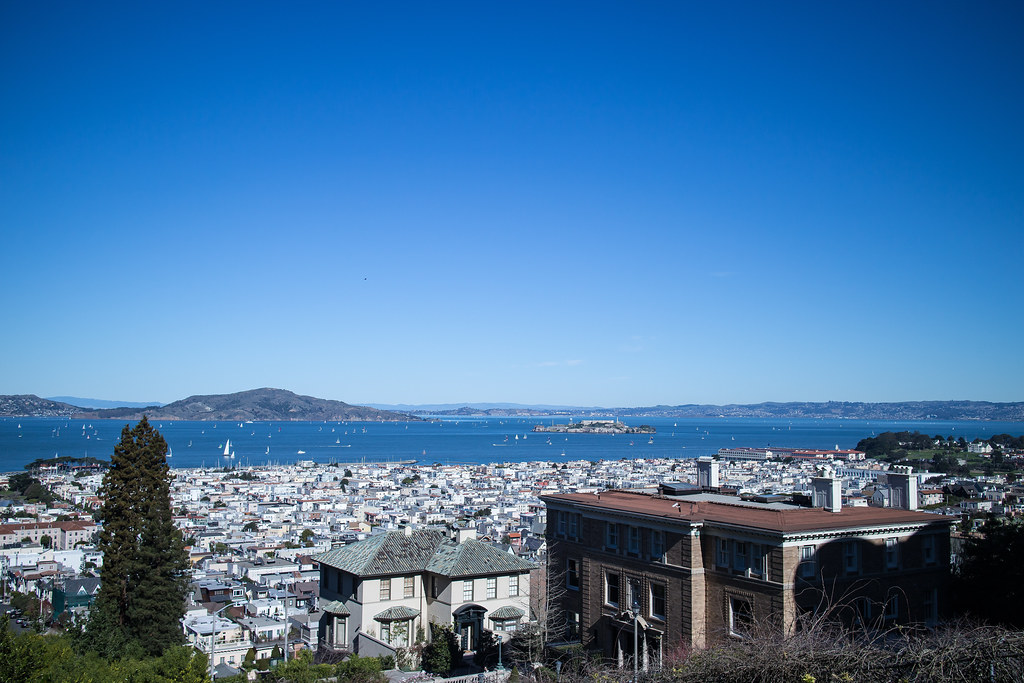 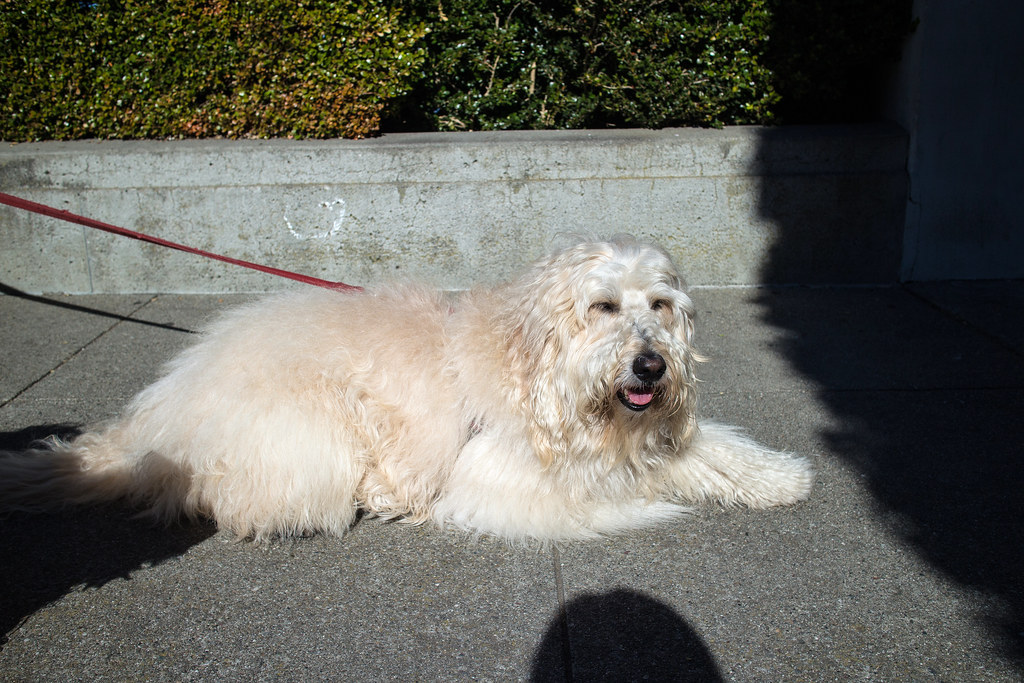 A view of the Golden Gate Bridge from Fort Point. 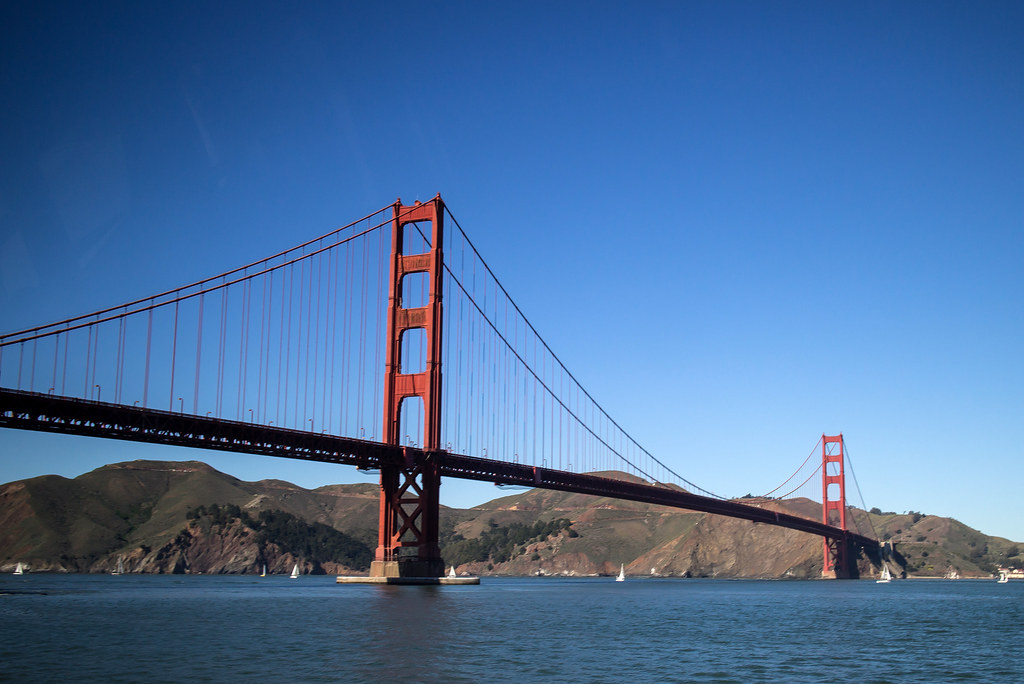 Next stop: Muir Woods National Park. I have long wanted to see the majestic California redwoods, one of the oldest living things in the world. 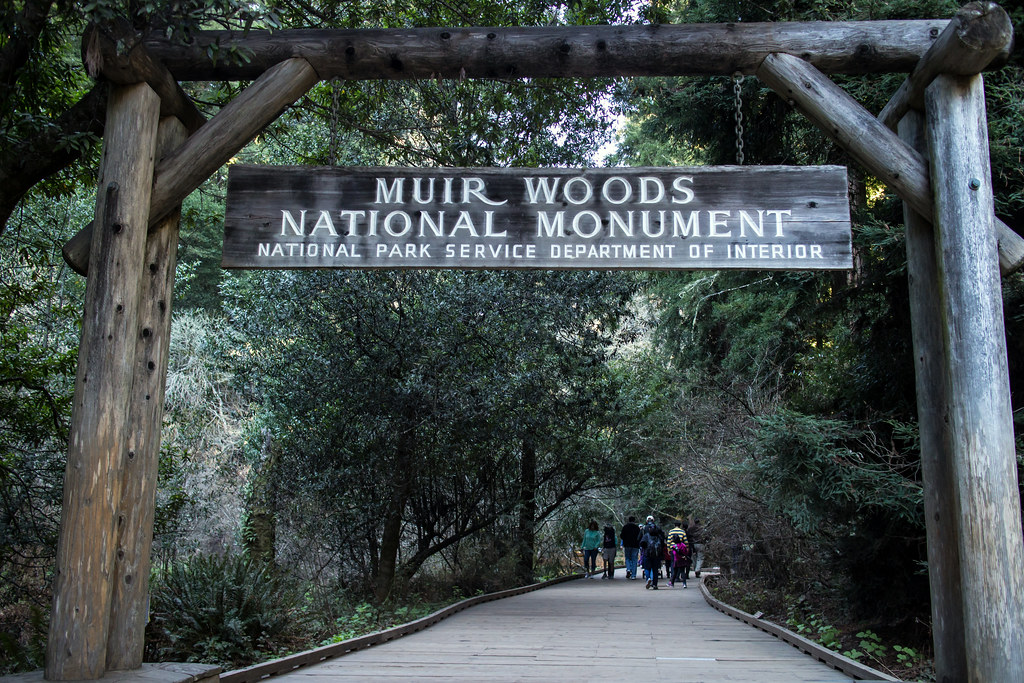 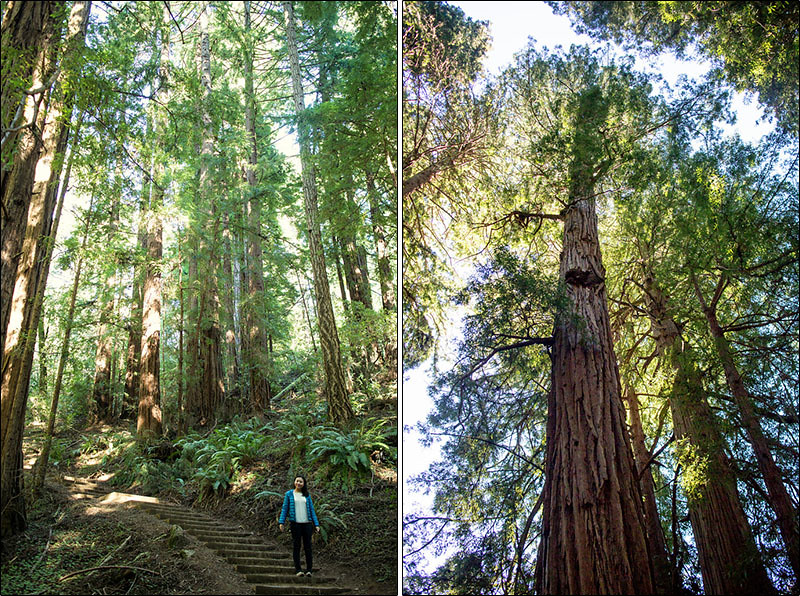 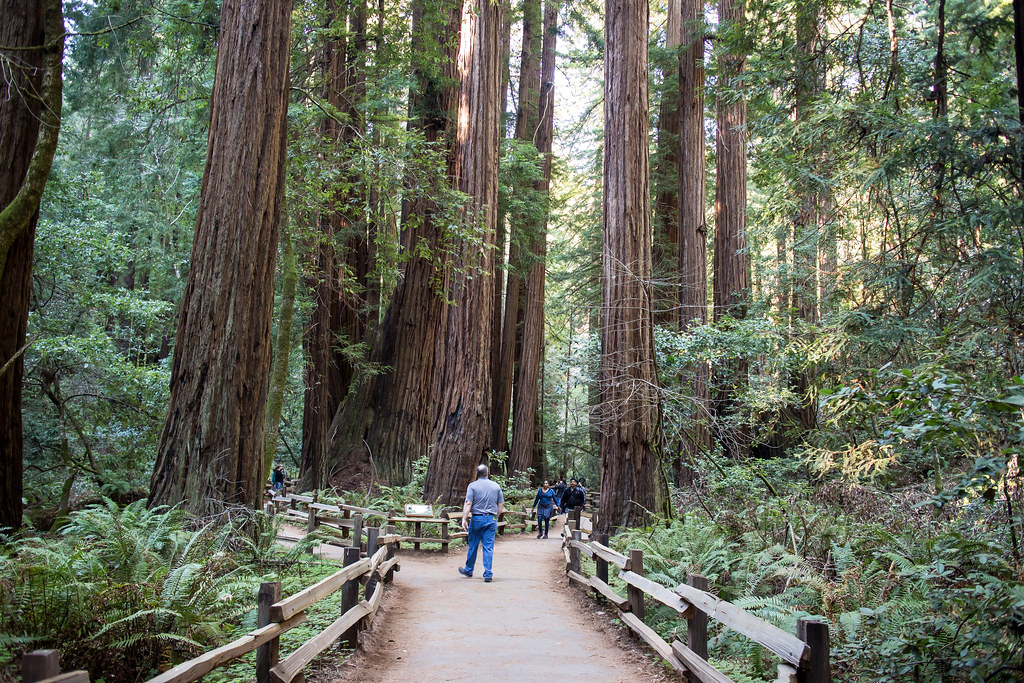 Another view of the Golden Gate from Marin Headlands. 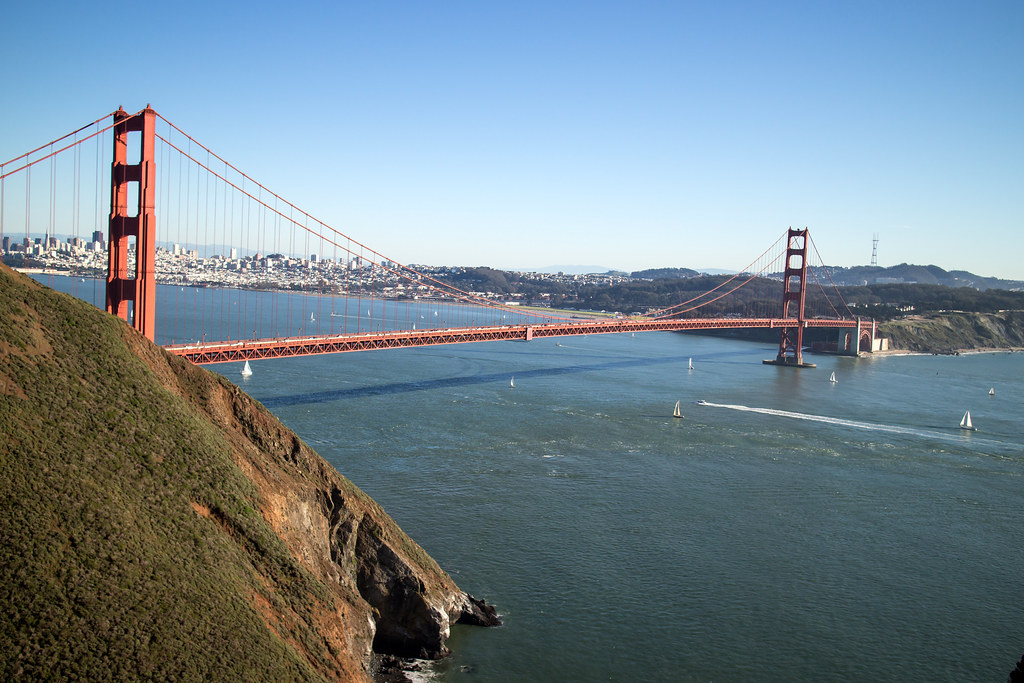 The tour is over and we chose to be dropped off by the second twistiest street in SF, Lombard Street. The neighborhood is very steep and I had to stop ever so often to catch my breath. 😛 We took a tram headed to the Palace of Fine Arts right after. 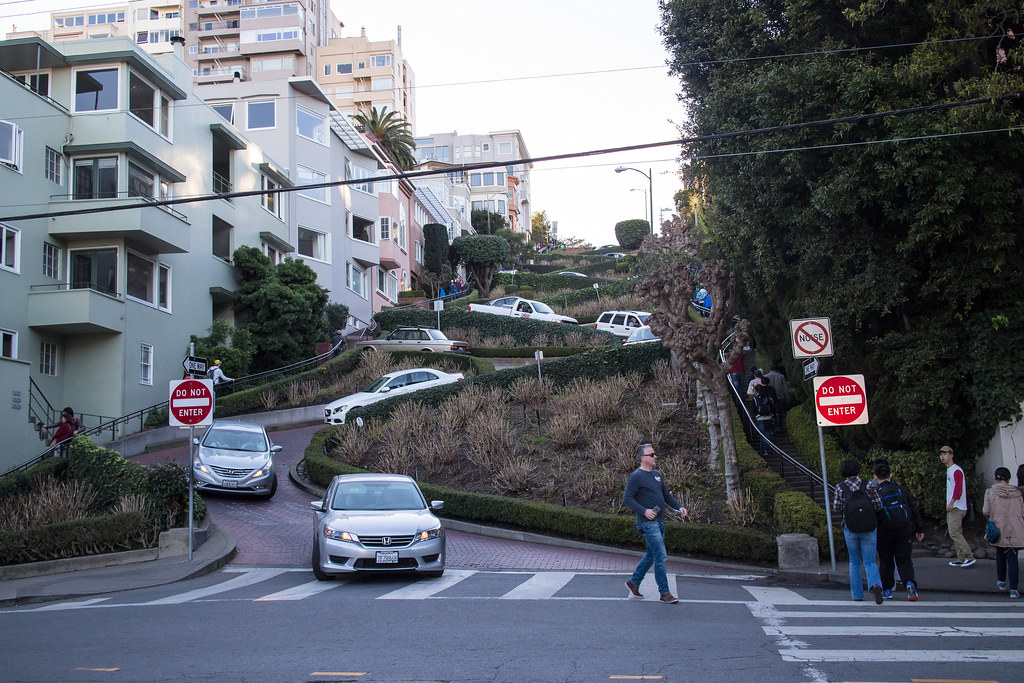 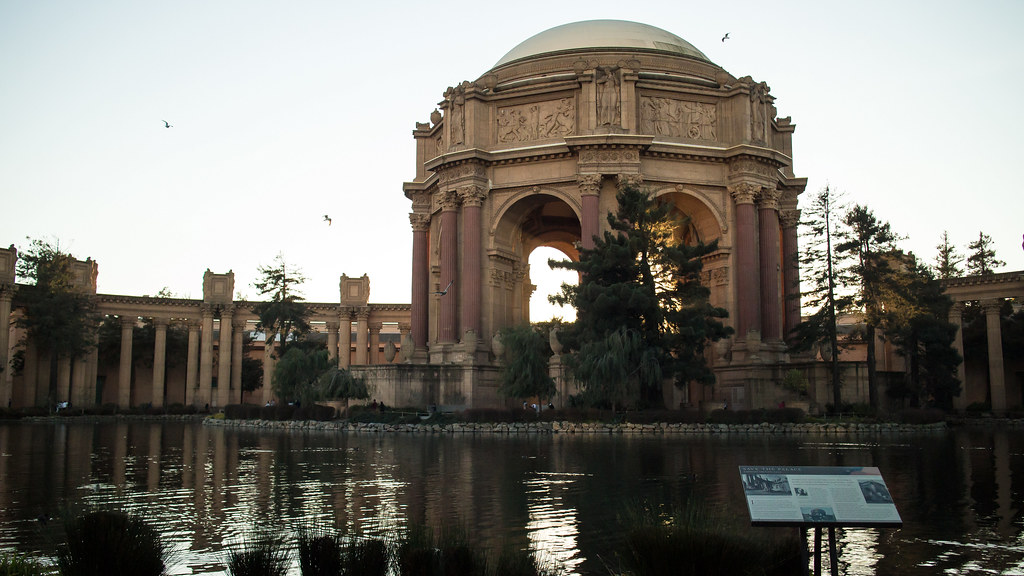 San Francisco is lovely and I wish I had more time to walk around and explore the neighborhoods. There were so so many places I wish I had time for, and I barely scratched the surface.