I have been to many grand churches in the past and I could say for sure that Sainte-Chapelle is by far the most magnificent. Originally built to house the relics from the True Cross and the crown of thorns, the chapel is near Notre Dame de Paris, by the Palais Justice and Conciergerie complex. It might be much smaller than the grand churches of Paris, and the exterior is modest and fairly simple, but the interior is an overwhelming vision of light and color. 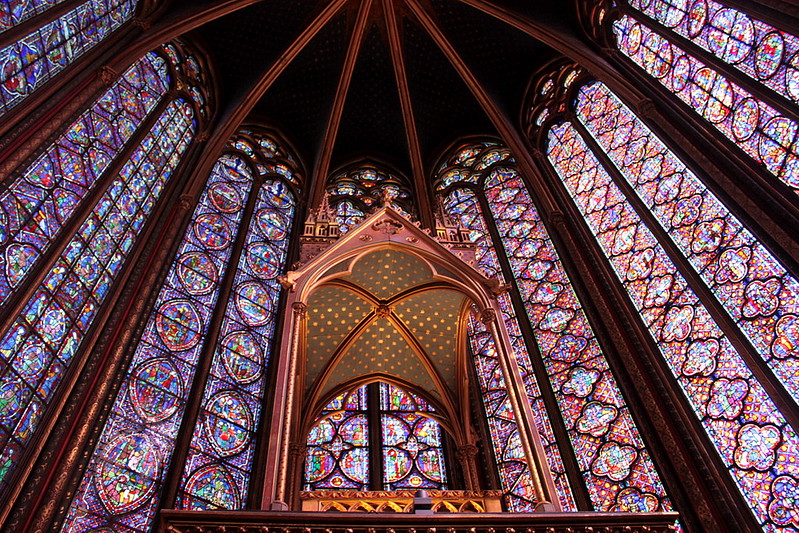 I once read parts of Alice Steinbach’s travel memoir Without Reservations and it made mention of Sainte-Chapelle, as one of the most unforgettable sights in Paris. “You must stand in the light.” I knew I had to go.

The big crowd did not allow me to bathe in the light and immerse in the place’s grandness and stillness, it was still so lovely nonetheless. 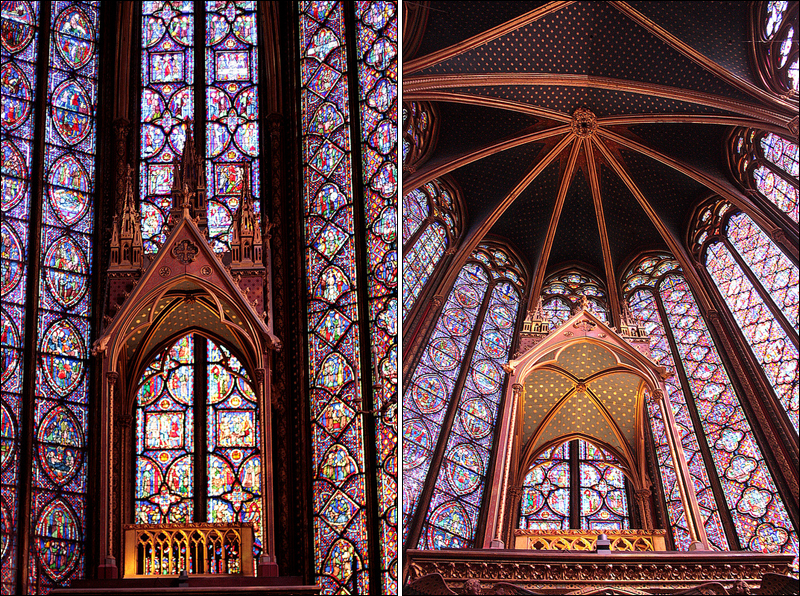 The stained glass windows contain 1,134 scenes depicting the Christian story, from The Creation to The Apocalypse. To me they do not appear visible enough to be viewed from the ground level, perhaps one needs to stay in a better vantage point. 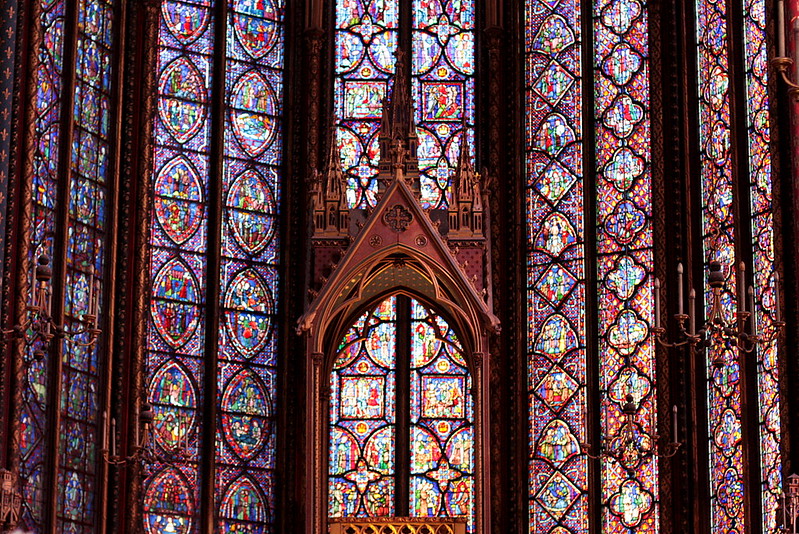 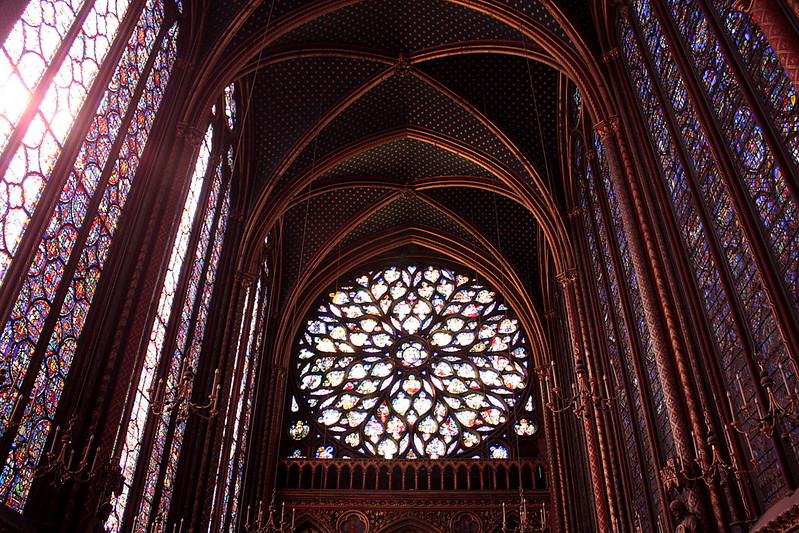 It still looked extraordinary even with half of the panels under restoration– notice that the other half is darker than the right. Thankfully no scaffolding when we were there. 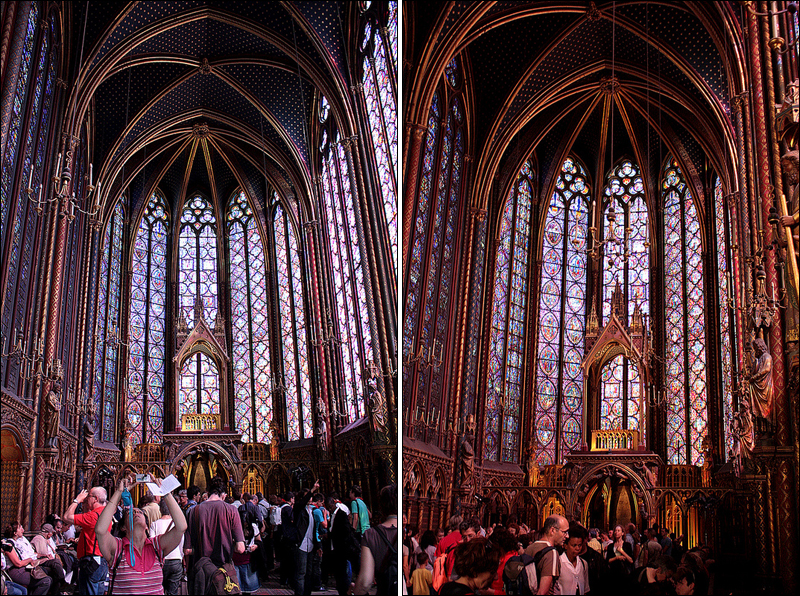 Sainte-Chapelle
http://sainte-chapelle.monuments-nationaux.fr/en/
Open every day
1-Mar to 31-Oct: 9:30am to 6pm
1-Nov to 28-Feb: 9am to 5pm
15-May to 15-Sept: last admission at 9 pm.
Cashdesks close 30 minutes earlier
Admission 8 euros, covered by the Paris Museum Pass