In between getting cheap fastfood from (gasp) Chez MacDo, Quick Burger or Monop, we would have proper meals from time to time. It would have been such a pity to spend nine days in Paris eating burgers, fries and supermarket baguettes. Café du Marché proved to be one of the more memorable restaurants with good food and service. The prices aren’t too bad, too. 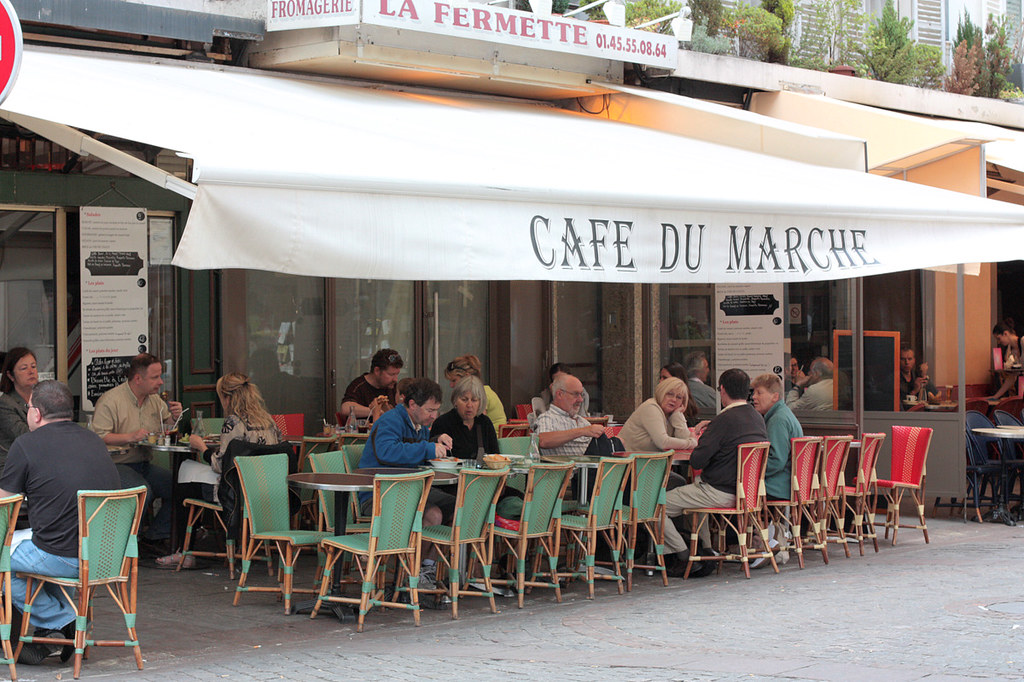 If we had the budget, we would have wined and dined at L’Atelier de Joel Robuchon, Guy Savoy, or any Michelin-starred restaurant for that matter, but unless I inherit copious amounts of money or win the lottery, that would have to remain in my food bucket list- which, if I may add, is growing everyday. (PER SE, French Laundry, The Fat Duck, WD-50, Babbo, Momofoku, Ler Bernardin, Daniel, Buddakan, Topolobampo… obviously I watch a lot of Top Chef.)

It was 2pm and after seeing an overwhelming number of Van Goghs, Degases, Renoirs, Gauguins at Musée d’Orsay, we were starving. The le midi menu prices still apply. The food is 0,50€ more expensive at dinner (le soir), even more so on weekends and holidays. (photo by Angela, click to enlarge) 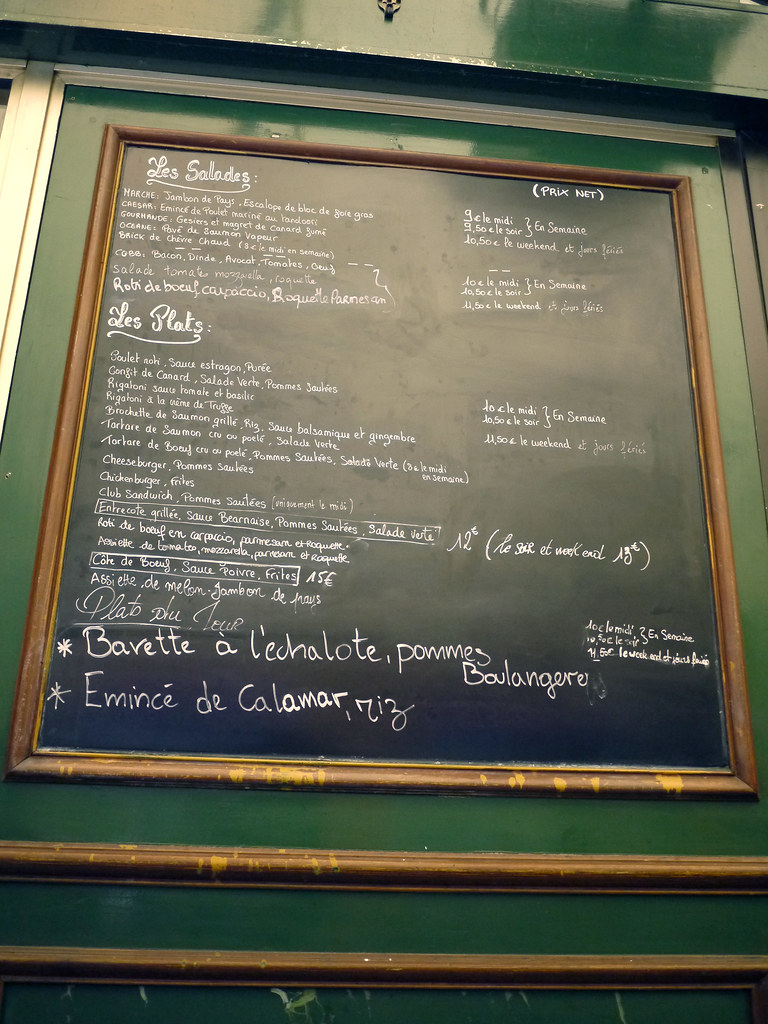 My dish- confit de canard, or duck leg cooked in its own fat, with pommes sautees and salade verte. God knows how much cholesterol and fat is in this thing, but I love a good duck confit and Café du Marché does it well. 10€. 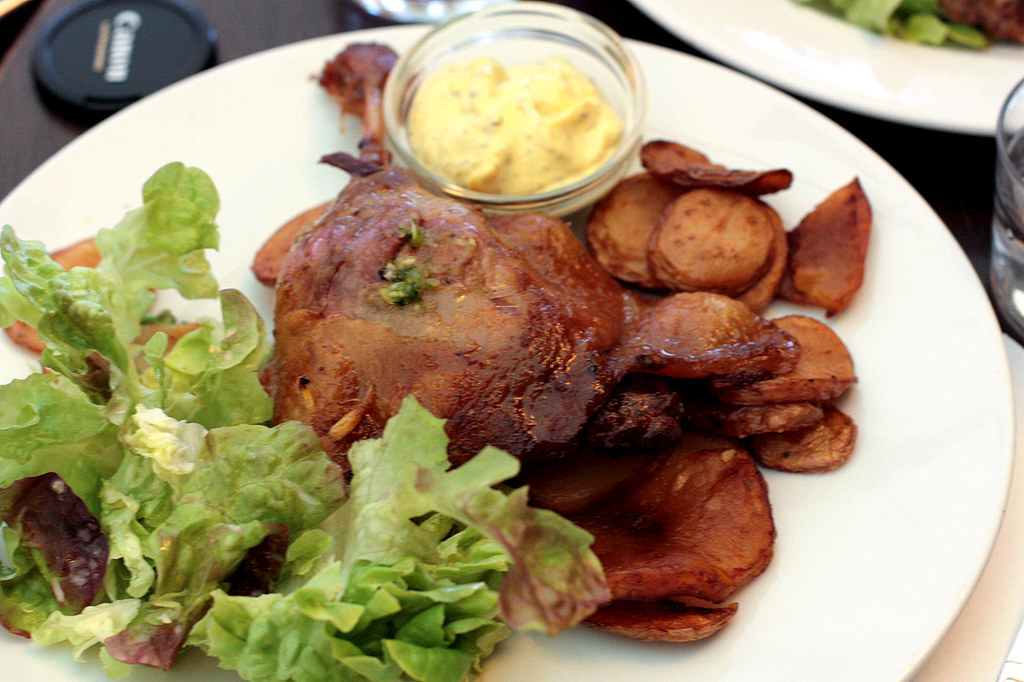 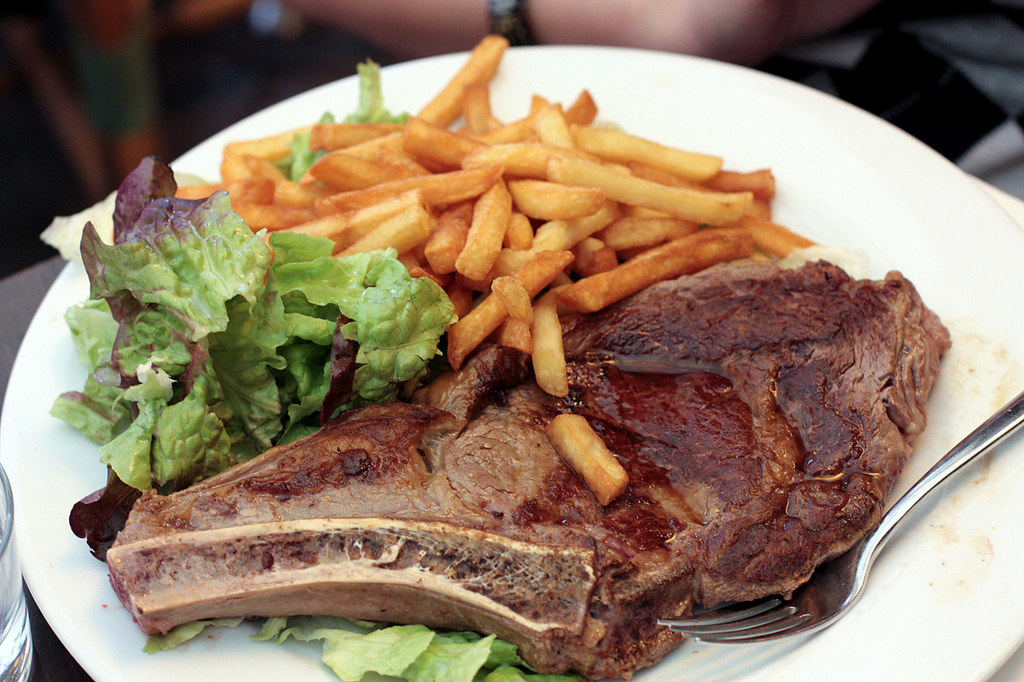 Dessert! My riz au lait (rice pudding) 5,50€ and Angela’s pommes caramelisees (flambeed / caramelized apples) 5,50€. They say rice pudding is old people food, because it’s soft and mushy, but I love it anyway. I want to try and make this however I don’t think vanilla beans are easy to find around here, but I did see vacuum-packed ones at the gift shop at Sonya’s Garden. 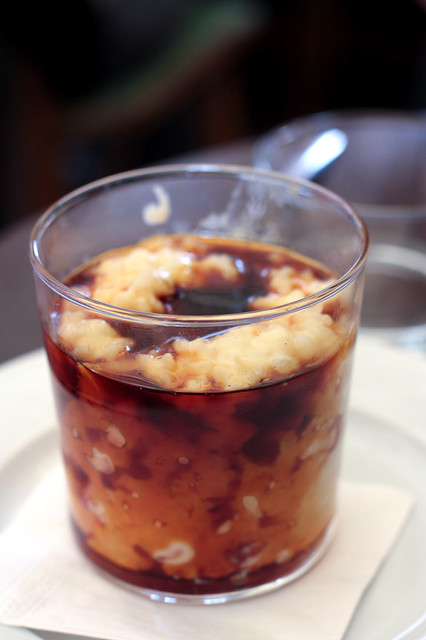 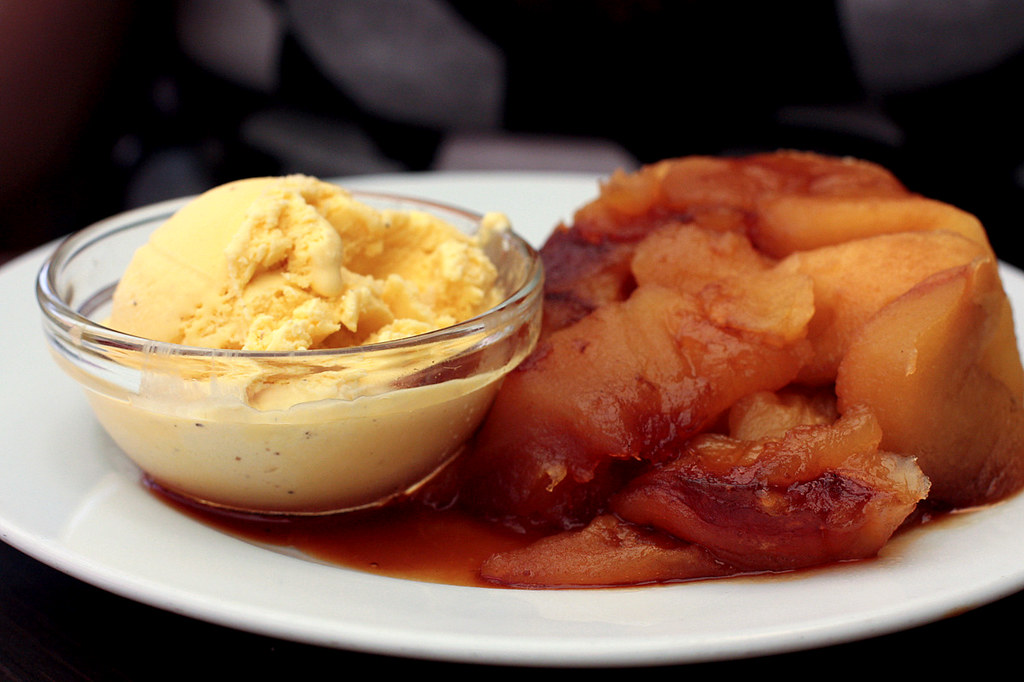 Most restaurants in Paris offer free water from carafes. 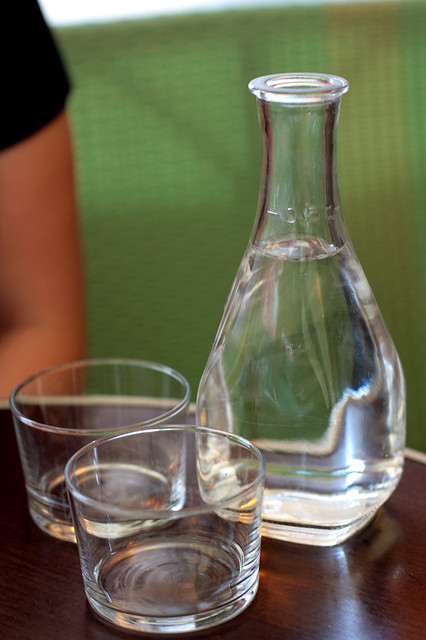